Quebec to table budget March 25, increases net debt by $12B after accounting change

Quebec Finance Minister Eric Girard says he will table his third budget on March 25.
Mar 9, 2021 10:37 AM By: Canadian Press 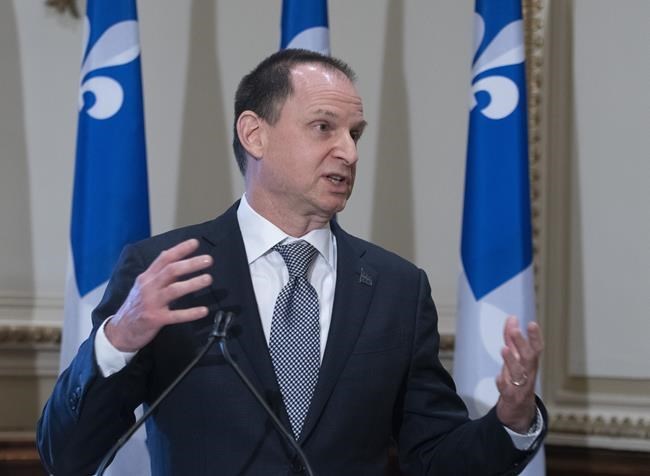 Girard told reporters today the budget for the 2021-22 fiscal year will also include an accounting change sought by the auditor general that will increase the province's net debt by $12.4 billion.

The minister says the change relates to accounting norms regarding transfer payments and had been requested by the auditor general since 2013.

Auditor general Guylaine Leclerc told a legislative committee in February she thought the province had been underestimating its debt by $12 billion, adding that the situation was akin to someone receiving a credit card bill and saying the minimum payment is all they owe.

Quebec's Finance Department had estimated the province's gross debt at $220.8 billion by March 31, or 50.5 per cent of GDP.

Girard's November economic update projected a $15-billion deficit for 2020-21 and a 6 per cent drop in GDP.

This report by The Canadian Press was first published March 9, 2021.