OTTAWA — The federal government is promising to provide financial aid to Canada's only Second World War museum in Europe, which has been battered by COVID-19.
Jan 14, 2021 8:40 AM By: Canadian Press 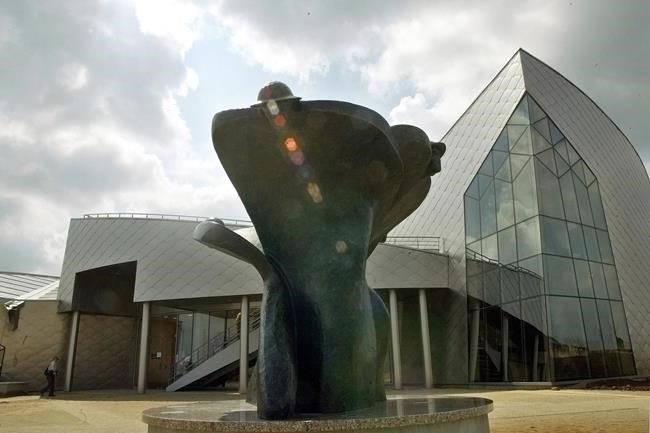 OTTAWA — The federal government is promising to provide financial aid to Canada's only Second World War museum in Europe, which has been battered by COVID-19.

Following months of discussions, Veterans Affairs Minister Lawrence MacAulay announced on Thursday that Ottawa will provide up to $500,000 over the next two years to cover some of the Juno Beach Centre's expenses and help it weather the pandemic.

The commitment is on top of the $500,000 that Ottawa already provides each year to the privately run museum, which was built in 2003 on the beach where Canadians went ashore on D-Day.

"The role that Canadians played — at Juno Beach, through Normandy and across Europe during the Second World War — is a vitally important part of our history," MacAulay said in a statement.

"I've seen the great work that the Juno Beach Centre does in passing on the stories of those who fought and died, and I’m glad that we’re able to provide them with the support they need to make it through this pandemic.”

The Juno Beach Centre, which has increasingly relied on ticket revenue and gift shop sales to make ends meet, was already facing financial pressures before the pandemic.

That was because Walmart cancelled a longtime sponsorship and the federal government's annual contribution has remained unchanged since the museum opened, even as costs had grown over the years.

The museum did get a boost in 2019 as Canadians marked the 75th anniversary of D-Day, when thousands of Canadian soldiers went ashore with their British and American allies on June 6, 1944, to begin liberating Europe from Nazi Germany.

Museum officials had hoped for an influx of visitors in 2020 as the world marked the 75th anniversary of the end of the Second World War, but that was before COVID-19 killed international travel and forced the centre to close for months.

Juno Beach Centre Association president Don Cooper welcomed the federal assistance, saying in a statement that the loss of visitors "has strained our budget significantly."

"We have been communicating with the minister's office regularly and they have been very responsive to our current challenges," Cooper added.

"The funding announced today is a demonstration of our shared commitment to commemorating the men and women who served Canada during the Second World War."

This report by The Canadian Press was first published Jan. 14, 2020.