WINNIPEG — The Manitoba government is pushing ahead with a court challenge to the federal carbon tax, although Premier Brian Pallister says he'd still prefer to strike a deal with Ottawa and drop the case.
Feb 28, 2020 3:01 PM By: Canadian Press 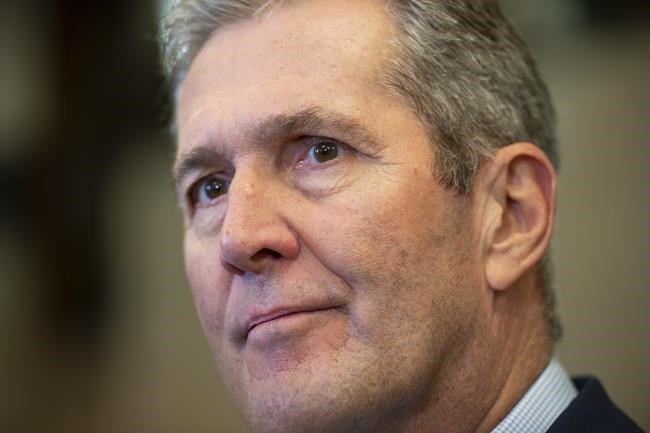 WINNIPEG — The Manitoba government is pushing ahead with a court challenge to the federal carbon tax, although Premier Brian Pallister says he'd still prefer to strike a deal with Ottawa and drop the case.

The Progressive Conservative government filed written arguments in Federal Court on Friday to back its demand that the federal tax be struck down. No date has been set for the hearing.

"Having had direct discussions several times with the prime minister and through our senior officials ... we would hope (the federal government) would embrace the opportunity to work with us here in Manitoba," Pallister said.

"Should they not, we'd be forced to continue our legal challenge."

Manitoba originally planned a $25-per-tonne carbon tax in 2017, but the federal government said that wasn't high enough and imposed its own levy on Manitoba and three other provinces. The tax is to rise to $50 per tonne by 2022.

Saskatchewan has also challenged the tax and its case is to be heard next month in the Supreme Court. Manitoba is an intervener in that hearing, but Pallister said Manitoba is also pursuing its own case because its arguments are slightly different.

Like Saskatchewan, Manitoba plans to argue that the federal government lacks the constitutional authority to impose a carbon tax on provinces that refuse to set their own. But it also plans to argue that Ottawa must let Manitoba charge a lower tax rate because of the billions of dollars the province has invested in clean hydroelectric power.

"This year alone, just the interest on our hydro investments in Manitoba is over $800 million," Pallister said.

"That's all on the backs of Manitoba families."

Manitoba also plans to argue that the federal government must give Manitoba leeway because it has allowed other provinces to exempt some items — such as heating fuel in Newfoundland and Labrador — from the carbon tax.

Lower court rulings on the constitutional question to date have been split. Courts in Saskatchewan and Ontario have ruled the federal government has the right to impose the tax. But the Alberta Court of Appeal ruled this week that the federal tax erodes provincial jurisdiction.

Pallister said Friday that federal and Manitoba officials continue discussions. He said Manitoba has indicated to Ottawa a potential compromise on the carbon price, but refused to reveal it publicly.

A spokesperson for federal Environment Minister Jonathan Wilkinson said Ottawa had not yet received any new offer.

"We have not yet received a new pollution pricing proposal from the Manitoba government," Moira Kelly, Wilkinson's press secretary, wrote in an email.

"We put a price on pollution because it is an effective and affordable way to lower pollution while leaving more money in the pockets of Canadians. We've always said that provinces have the flexibility to design their own pricing systems, provided those systems meet the federal benchmark."

This report by The Canadian Press was first published Feb. 28, 2020