Lawsuit over African mine can be heard in British Columbia: Supreme Court

OTTAWA — A human-rights lawsuit against a Canadian mining company can be heard in British Columbia, even though it involves events in Africa, the Supreme Court of Canada says in a potentially path-breaking decision.
Feb 28, 2020 1:50 PM By: Canadian Press 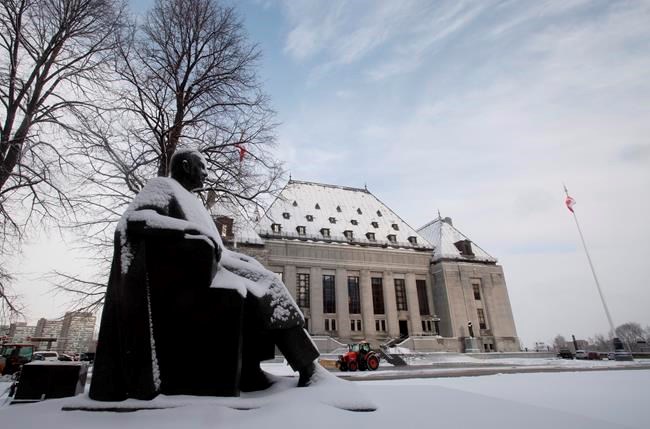 OTTAWA — A human-rights lawsuit against a Canadian mining company can be heard in British Columbia, even though it involves events in Africa, the Supreme Court of Canada says in a potentially path-breaking decision.

The high court ruled Friday against B.C.-based Nevsun Resources (TSX:NSU), which had argued the claim should not proceed because a Canadian court could not decide the legality of acts by foreign states.

Three refugees from Eritrea in eastern Africa — Gize Yebeyo Araya, Kesete Tekle Fshazion and Mihretab Yemane Tekle — allege they were forced to work at a gold, copper and zinc mine operated by the Bisha Mining Share Company, which is controlled by Nevsun.

They contend construction of the mine flouted international legal provisions against forced labour, slavery and torture — accusations that have not been tested in court.

Under Eritrea's national service program established in 1995, adults were required to do six months of military training followed by a year of service that sometimes involved construction of public projects in the national interest.

In 2002, the period of service was extended indefinitely and conscripts were forced to work for meagre wages at companies owned by senior Eritrean officials.

The lawsuit claims a company hired by Bisha Mining made arrangements with two such firms to provide labourers who worked long days in harsh and dangerous conditions for years.

Among the alleged means of ensuring obedience were punishments that included being ordered to roll in the hot sand while being beaten with sticks until losing consciousness.

"I am overjoyed that we will have a trial in Canada," Araya said in a statement released by his lawyers. "The Supreme Court of Canada is giving us a voice to tell our stories about what we suffered at the mine."

Nevsun denies that the company or its subsidiary enlisted the Eritrean military to build the mine or supply labour, and says the refugees behind the court action were not mistreated.

B.C. courts dismissed Nevsun's attempts to make Eritrea the forum for any lawsuit.

In its decision, the Supreme Court rejected the company's argument that Canadian courts are precluded from assessing the sovereign acts of a foreign government, including Eritrea's national service program.

Customary international law is part of Canadian law, Justice Rosalie Abella wrote on behalf of a majority of the court.

"Nevsun is a company bound by Canadian law. It is not 'plain and obvious' to me that the Eritrean workers' claims against Nevsun based on breaches of customary international law cannot succeed. Those claims should therefore be allowed to proceed."

Abella characterized international human-rights law as a phoenix that rose from the ashes of the Second World War, saying the norms at the heart of the case "were not meant to be theoretical aspirations or legal luxuries, but moral imperatives and legal necessities. Conduct that undermined the norms was to be identified and addressed."

Nevsun said in a statement Friday it expects a trial of the plaintiffs' claims and those of other, similar claimants will take place in the B.C. Supreme Court in September next year.

Nevsun intends to "vigorously defend itself in court," adding it expects the Bisha Mining Share Co. will continue to operate the mine according to high standards of governance, workplace conditions, health, safety and proper protection of human rights.