People who study online hate say Facebook was right to remove the profile of a man accused of killing four members of an Ontario Muslim family, but they say social media companies need to do more to suppress dangerous content.
Jun 10, 2021 4:42 PM By: Canadian Press 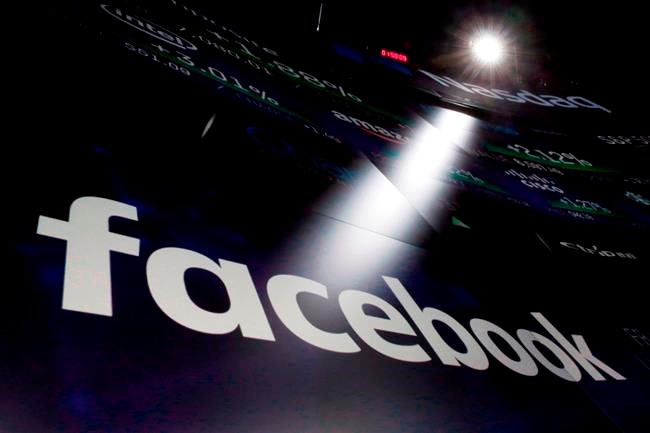 People who study online hate say Facebook was right to remove the profile of a man accused of killing four members of an Ontario Muslim family, but they say social media companies need to do more to suppress dangerous content.

The decision to take down Nathaniel Veltman's Facebook profile this week soon after he was identified as the suspect was "probably a prudent public relations move and a good public safety move," said Natasha Tusikov, a criminology professor at York University who studies the relationship between crime, law, regulation and technology.

"The benefits of removing something like that, making sure that anyone tempted by this point of view doesn't see that, is a good thing," Tusikov said in a phone interview Wednesday.

In past incidents, social media profiles — on mainstream platforms as well as fringe networks aimed at the far-right — have attracted supporters of the alleged killers, said Tusikov, a former strategic criminal intelligence analyst with the Royal Canadian Mounted Police. Removing the alleged killer's social media profile shields people who knew the victims from seeing those messages of support and also helps ensure that people in the alleged attacker's social network aren't harassed.

"We are horrified by the attack that took place in London, Ont., earlier this week, and our hearts go out to those impacted by it," the company said in an emailed statement Thursday. "We do not allow hate speech on Facebook and regularly work with experts, non-profits and stakeholders to help make sure Facebook is a safe place for everyone. We've made significant investments in (artificial intelligence) technology to take down hate speech, and we proactively detect 97 per cent of what we remove."

Veltman faces four counts of first-degree murder and one count of attempted murder following killings Sunday that Prime Minister Justin Trudeau has linked to the threat posed by online hate. Relatives have identified the dead as 46-year-old Salman Afzaal, his 44-year-old wife Madiha Salman, their 15-year-old daughter Yumna Salman and her 74-year-old grandmother, Talat Afzaal. The couple's nine-year-old son, Fayez, was seriously wounded but is expected to recover.

Evan Balgord, the executive director of the Canadian Anti-Hate Network, a non-profit organization that works to monitor and expose hate groups, said he also thinks that removing the Facebook profile was the right move.

"It's a good thing to remove hate speech, or the profiles of alleged terrorists," Balgord said. "We know from five years of experience, many case studies and research: de-platforming works."

But Balgord said he thinks Facebook has been "negligent" when it comes to fighting hate speech on its platform.

"We need to see an onus on platforms to proactively remove hate," Balgord said in a phone interview Thursday. It's something he'd like to see done through government regulation.

He said he believes Facebook has the tools to remove hate, because it has been successful at keeping Islamic State propaganda and child pornography off its platform, but it doesn't want to alienate a significant portion of its user base.

While Balgord supports the removal of profiles belonging to people alleged to have committed hate crimes, he said the way that's done can impede investigations by researchers and journalists.

Justin Ling, a freelance journalist and the author of "Missing from the Village," a book about the investigation into Toronto serial killer Bruce McArthur, said that in that case, journalists were able to use dating profiles and a Facebook profile to link McArthur to a missing man who was later discovered to have been one of McArthur's victims.

Ling said that social media accounts can be one of the only ways to find out about who violent extremists are and what may have motivated their acts. That's not what police and prosecutors are focused on, he said. Their main aim is gathering evidence to secure a criminal conviction.

A big part of fighting violent extremism "is figuring out why people are radicalized, what leads them to do what they've done, and what groups are involved in leading them to violent action," he said in a phone interview Thursday. "That's not the police and prosecutors' job, that is researchers', academics' and journalists' job."

"Facebook doesn't want journalists and news outlets calling attention to the fact that extremists use Facebook. That is what this is about," he said.

This report by The Canadian Press was first published June 10, 2021.