MONTREAL, Italy — An ex-colleague of Brian Nadler, the Ontario doctor charged with murder in connection with suspicious deaths at a hospital, described him as compassionate but said he had a tendency to argue with other physicians. Dr.
Mar 27, 2021 4:34 PM By: Canadian Press 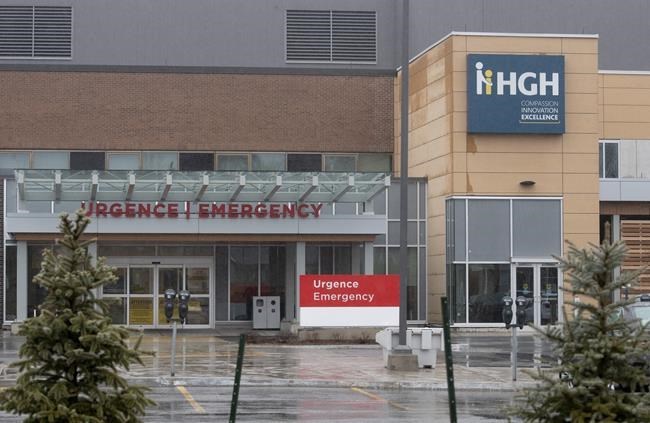 MONTREAL, Italy — An ex-colleague of Brian Nadler, the Ontario doctor charged with murder in connection with suspicious deaths at a hospital, described him as compassionate but said he had a tendency to argue with other physicians.

Dr. Ahmed Hanfy, who trained with Nadler for about nine months at the University of Nevada, Reno, said in an interview Saturday the disagreements the suspect had with other doctors were confined to medical matters, such as the best course of treatment for a patient.

"He is one of those kinds of people who argues a lot," Hanfy said, adding that he was shocked to learn of the charges against his former colleague.

Nadler, 35, who lives in Dollard-des-Ormeaux, Que., is a specialist in internal medicine who worked at the Hawkesbury and District General Hospital in eastern Ontario. He remains in custody after he was charged with one count of first-degree murder Friday.

Police said the arrest was made in connection with multiple suspicious deaths at the hospital, but have not specified the number of deaths under scrutiny or offered any details about Nadler's alleged victim.

"At this point we are not prepared to provide a specific number on this," Bill Dickson, spokesman for the Ontario Provincial Police, said Saturday. "We are looking into the circumstances surrounding other recent deaths at the hospital." He said Nadler is due back in court April 6.

The College of Physicians and Surgeons of Ontario said it plans to investigate. "We are just learning about these extraordinarily disturbing allegations and the college will be looking into them immediately," Shae Greenfield, a spokesman for the organization, said Saturday.

Ontario's College of Physicians' registry indicates Nadler is a specialist in internal medicine who graduated from McGill University in 2010.

Nadler previously practiced in Saskatchewan, where the province's College of Physicians and Surgeons said he was charged with unprofessional conduct for allegedly using a profane term when referring to a female colleague following an argument in 2014.

He was also accused of altering a patient's medical file without noting the date or time of the change. Saskatchewan's College of Physicians said the situation was resolved after Nadler agreed to take courses in professional ethics and medical record keeping.

Nadler's lawyer, Alan Brass, declined on Friday to discuss the charges but said Nadler maintains his innocence and that the charges against him will be defended.

This report by The Canadian Press was first published March 27, 2021.