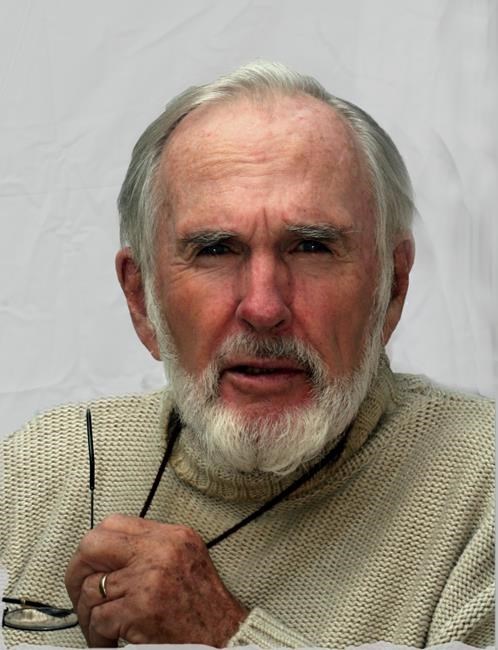 TORONTO — Radio and television personality Dick Smyth, whose booming commentary filled Canadian airwaves for decades with hot takes on the day's topics, has died at 86.

"He was a mentor to many, many people in the business, and I know that he's left a hole in many people's hearts with his passing," she said by phone from Nova Scotia.

The veteran broadcaster was a familiar voice to radio listeners who tuned in for his trademark introduction: "Here's how things look to Dick Smyth this morning."

His career spanned an array of influential stations, such as CKLW-AM in Windsor, Ont., when it was known as "the Big 8," and 1050 CHUM in Toronto.

And his face was known to viewers during the early days of Citytv's news broadcasts where he offered unapologetic and animated opinions on political leaders, the economy and local issues.

"If you got into a conversation with him, he wasn't short on opinions, and if you wanted to argue with him, you better have done your homework."

Those characteristics came across in person, Gordon said, and they translated wonderfully to the radio where Smyth became a bridge between news and fiery editorials — an authoritative voice that rang louder than most others.

A Montreal native, Smyth was fascinated with radio programming in his youth, and it led him to join a children's theatre group that performed live on the air. He usually played the giants and ogres, he once recalled.

The experience helped land his first official radio gig at a station in Cornwall, Ont., where he met his wife.

But it was being hired at the legendary Windsor station "the Big 8," named for its powerhouse 50,000-watt signal at 800 on the AM dial, that offered Smyth a serious opportunity to build his reputation as a standout morning newscaster and reporter.

When the 1967 Detroit Riots were sparked by a police raid of an illegal after-hours club for Black Americans, Smyth sprang into action as one of the few Canadian reporters on the scene.

Venturing across the Windsor border, his reports captured the fear gripping Motor City as martial law went into effect. Each update offered vivid descriptions of the scene and colourful interviews with locals.

The news pieces earned much acclaim. Smyth was the first Canadian to receive the International Award of the Radio Television News Directors Association.

It set the stage for the years that followed. He stayed at the Windsor station until 1969 when he moved to Toronto's CHUM as news director. His other outposts included CFTR-AM and 680 News.

As the years went by, Smyth became increasingly known to the public for his skills as a Conservative commentator and one of Canadian news radio's most identifiable on-air personalities.

"I was always flattered when somebody would say they would sit in a parking lot because they wanted to hear my commentary," he said in a 2012 interview on the RadioViz YouTube channel.

"Even if they were late for work, they would sit in a car listening. I think that is a great compliment."

Smyth had many critics, however, as his controversial opinions were often divisive and, at times, even considered hateful.

After Canada's first large-scale lesbian and gay equal rights demonstration on Parliament Hill in 1971, Smyth launched a condemnation over the CHUM airwaves, calling the people marching "militant alcoholics, militant lepers or militant lunatics." The words stung many in the gay community who felt they played into suggestions of the time that LGBTQ people were mentally ill.

Brian Waite, a founding member of Toronto Gay Action, would appear on CHUM days after Smyth's commentary, calling him "vindictive" and "bigoted" for sharing "the same type of views that have produced the worst eras of oppression and brutality in man's history."

Smyth would run afoul of the gay community enough times that the historical archive Lesbian and Gay Liberation in Canada labelled him an "anti-gay news editor."

But Smyth's commentary angered other groups too.

In 1996, a complaint was brought to the Canadian Broadcast Standards Council over comments he made on 680 News about Jewish mothers that some listeners deemed anti-Semitic. The CBSC scolded Smyth, saying he breached Canadian broadcasting standards, and both he and one of the station heads apologized on air.

Smyth found a different audience on television in the early 1980s when he became a frequent contributor to Citytv's CityPulse news program.

His small-screen persona built on his trademark radio voice by exposing audiences to the expressive physical theatrics he became known for in the newsroom. Sometimes he would brandish a tobacco pipe to emphasize his points, a characteristic carried on from his early radio days.

Smyth retired from full-time broadcasting in 1997, a decision he made after suffering a period of severe depression.

He continued to lend his voice to syndicated radio commentary into the next decade.

More recently, Smyth reflected on the role of traditional radio news broadcasters in a media market that had largely migrated to the digital world.

"I'm thinking of Jack Dennett, the late Gordon Sinclair, people who brought a flair, personality…even an opinion. You didn't want to miss them in the morning."

He added: "You're not going to attract listeners with news unless you've got some style."

This report by The Canadian Press was first published March 6, 2021.

Note to readers: This is a corrected story. A previous version said Smyth was 85. In fact, he was 86.