OTTAWA — The parliamentary budget office is estimating that the Liberals' revamped student-aid package could end up costing half-a-billion dollars more than government expects.
Jun 10, 2021 10:40 AM By: Canadian Press 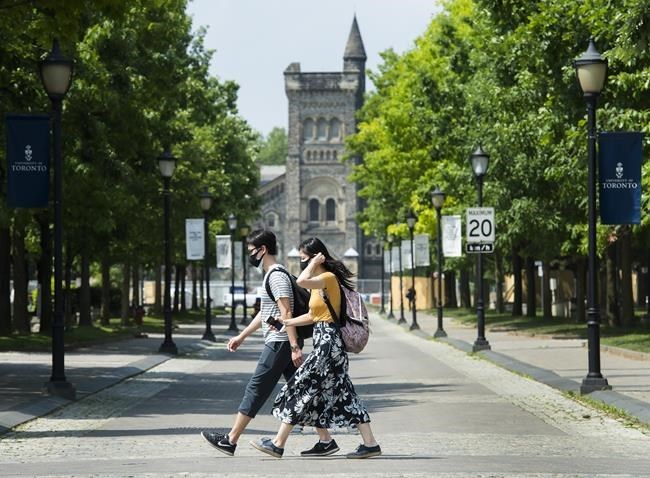 OTTAWA — The parliamentary budget office is estimating that the Liberals' revamped student-aid package could end up costing half-a-billion dollars more than government expects.

The Liberals proposed a sweeping package in the April budget to ease student loan costs and expand a non-repayable grant program for tens of thousands of post-secondary students and recent graduates.

In all, the budget estimated the various measures combined would cost just over $4.5 billion over five years.

The most expensive portion was the doubling of Canada Student Grants to students from low-income households until July 2023, which carries a cost of just over $3.1 billion.

Diving into the numbers, parliamentary budget officer Yves Giroux's officials estimate the actual cost for the overall package may be closer to $5 billion.

The report warns the actual costs are not certain, with spending on support and loan repayment influenced by the labour market and the broader economy.

The pandemic has not been kind to students in the workforce.

Statistics Canada's latest jobs report said the unemployment rate for students returning to classes in the fall stood at 23.1 per cent in May, typically the month when post-secondary students start into summer work after wrapping their studies for the school year.

The unemployment rate for returning students was down from the 40 per cent in May 2020, but higher than the 13.7 per cent recorded in May 2019.

This report by The Canadian Press was first published June 10, 2021.