Canadian researchers who tracked a group of men who were born prematurely at a weight of less than 2.2 pounds are finding they tend to age more quickly than male babies with average birth weights.
May 17, 2021 3:00 AM By: Canadian Press 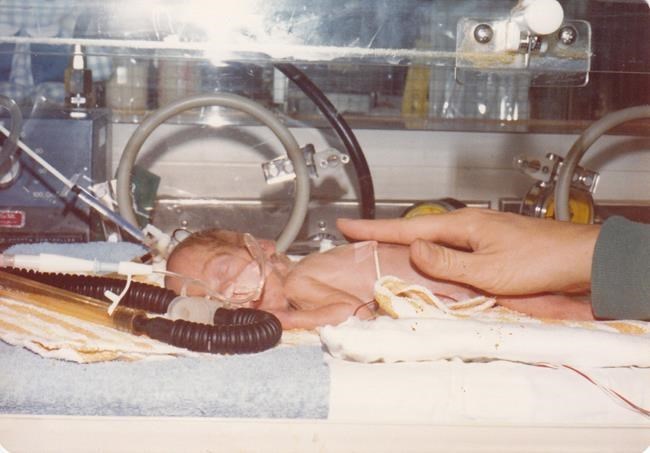 Canadian researchers who tracked a group of men who were born prematurely at a weight of less than 2.2 pounds are finding they tend to age more quickly than male babies with average birth weights.

The findings from a team at McMaster University in Hamilton, Ont., were published Monday in the journal Pediatrics.

Researchers followed a group of what they refer to as "extremely low birth weight" babies as well as their normal-weight counterparts.

They found the premature boys age more quickly and are biologically 4.6 years older than boys with normal birth weight born at the same time.

The difference was not found between birth weight groups in girls.

Study lead author Dr. Ryan Van Lieshout says in a news release that the rate of aging may be influenced by boys’ handling of physiological stress both before birth and in the hospital neonatal intensive care unit after they are born.

The information comes from the world’s oldest longitudinal study of low-weight, premature babies.

The participants have been followed since the study began at McMaster and Hamilton Health Sciences in 1977.

Researchers studied the genes of 45 low-weight babies and 47 with normal birth weights when they were age 30 to 35. They sought to  compare the biological ages between the two groups, while also considering factors such as chronic health problems.

Van Lieshout, an associate professor of psychiatry and behavioural neurosciences at McMaster, said it remains unclear precisely what is causing the premature aging.

"This certainly highlights the need to monitor their health...across their lifespan,” he said.

He said it may be possible to come up with ways to mitigate the risks of premature aging, through a balanced diet, proper sleep and exercise, stress management, and development of strong social networks.

John Guise, a 41-year-old participant in the study, said he appreciates knowing the research findings and takes steps to monitor and improve his health.

He said he's focused on exercise during the COVID-19 pandemic, noting he's lost more than 70 pounds.

"I make sure to take care of myself," he said in an interview.

"One of the things I appreciate about the study and being part of it is that I get whatever new information comes out. So being part of this study pays off."

The study was supported by the Canadian Institutes of Health Research.

This report by The Canadian Press was first published May 17, 2021.