MONTREAL — Transat AT Inc. says talks with Pierre Karl Péladeau regarding the potential acquisition of the travel company have ended without a deal.
Jun 21, 2021 12:59 PM By: Canadian Press 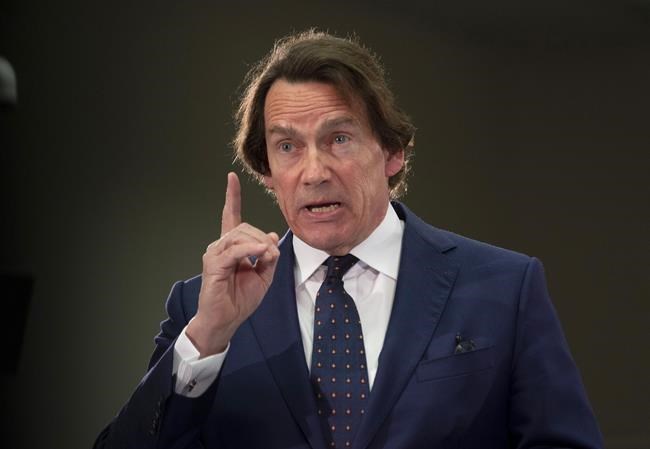 MONTREAL — Transat AT Inc. says talks with Pierre Karl Péladeau regarding the potential acquisition of the travel company have ended without a deal.

Péladeau had made a non-binding offer for Transat of $5 per share in cash if the purchase offer from Air Canada didn't materialize.

"Considering the current share price, the price offered no longer provides a reasonable basis to envision receiving the level of shareholder approval required in order to allow the transaction to proceed," Transat said in a news release.

It added that Péladeau's investment firm confirmed to the company that it was withdrawing from discussions.

Shares in the company closed at $7.21 on the Toronto Stock Exchange on Friday but plunged 8.9 per cent to $6.57 in afternoon trading after the announcement on Monday.

The Péladeau offer has been rejected by Transat's largest shareholder, Letko Brosseau. In mid-May, Péladeau claimed to be no longer interested in this purchase, while Transat replied that it had not been formally notified of this lack of interest.

The company announced that the work of its special committee to assess strategic options will end under the circumstances.

Transat says it plans to focus its efforts on its strategic plan and on the restart of its operations and flights on July 30.

The plan includes considering ways to optimize its financial structure, which could include the issuance of shares or bond financing on more favourable terms than was made available by the federal government.

Ottawa reached a deal with Transat that allowed it to borrow up to $700 million under the Large Employer Emergency Financing Facility (LEEFF). Almost half the money was to be used to refund travellers whose flights were cancelled as of February 20202 when the company grounded its fleet due to the COVID-19 pandemic.

Air Canada pulled the plug on its deal to buy Transat earlier this year over Europe's unwillingness to approve the transaction.

This report by The Canadian Press was first published June 21, 2021.

Companies in this story: (TSX:TRZ)