CALGARY — The owner of the Toronto Star newspaper is bringing in new newsroom leadership with the appointment as editor of Anne Marie Owens, a former editor-in-chief of the National Post.
Mar 24, 2021 3:44 PM By: Canadian Press 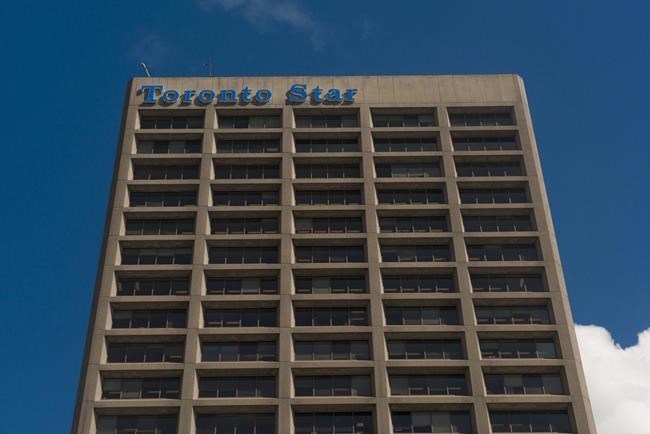 CALGARY — The owner of the Toronto Star newspaper is bringing in new newsroom leadership with the appointment as editor of Anne Marie Owens, a former editor-in-chief of the National Post.

The publication's current editor, Irene Gentle, has been appointed vice-president of inclusion and strategic partnerships at Torstar Corp. effective April 26.

"We are excited to have both Irene Gentle in this important new role and Anne Marie Owens as the new leader of the Toronto Star's newsroom," said Torstar chairman Paul Rivett in a news release.

"Ms. Owens has a distinguished record of producing forward-looking, high-quality journalism with experience transforming newsrooms into the digital future. We look forward to her joining the Toronto Star."

In the new position, Gentle is to evaluate media opportunities and oversee inclusion and diversity initiatives for the company, reporting directly to Torstar co-owner Jordan Bitove, who is also the publisher of the Star.

Gentle was the first woman in the Star's 129-year history to serve as editor when she was named to the position in 2018. She had previously held several other senior editor positions at the Star after joining the newspaper in 2011.

"Irene has contributed immeasurably in the nearly three years she has been at the helm of the Star newsroom," Bitove said.

Gentle also "has been at the forefront of developing new initiatives relating to diversity and inclusiveness in our newsrooms."

Owens comes to the Star from McMaster University in Hamilton, where she has been a strategic communications advisor since 2019, Torstar said.

She previously served for nearly five years as the top editor at the National Post, overseeing a national newsroom of 75 employees and leading it through two major reorganizations.

She started her journalism career at the St. Catharines Standard, where she spent 10 years as a reporter.

Torstar, which publishes daily newspapers in Ontario, including the Hamilton Spectator, and more than 70 weekly community newspapers, was taken private last year by NordStar Capital LP.

This report by The Canadian Press was first published March 24, 2021.

Torstar holds an investment in The Canadian Press as part of a joint agreement with subsidiaries of the Globe and Mail and Montreal's La Presse.