HAMILTON — Stelco Holdings Inc. says it has entered into a long-term agreement with United States Steel Corp. to purchase iron ore pellets from the largest iron ore mine in the U.S.
Apr 30, 2020 5:13 PM By: Canadian Press 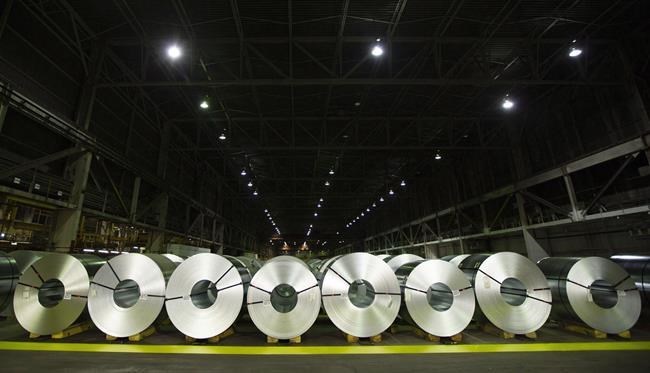 HAMILTON — Stelco Holdings Inc. says it has entered into a long-term agreement with United States Steel Corp. to purchase iron ore pellets from the largest iron ore mine in the U.S.

The eight-year replacement deal will supply all of Stelco's anticipated iron ore pellet requirements at Lake Erie Works and expanded production from a blast furnace upgrade through Jan. 31, 2028.

The Hamilton-based steelmaker also has an option to acquire a 25 per cent interest in the Minntac mine in Minnesota, which has annual production capacity of up to 16 million tons.

Stelco said the deal secures the future of its steel production, solidifies its low-cost advantage and increases annual pellet supply to accommodate its higher production capacity.

In advance of Tuesday's release of its first-quarter results, Stelco said it earned $20 million in adjusted EBITDA (earnings before interest, depreciation and amortization) on $445 million of revenues after selling out of 621,000 tons of steel.

"This transaction represents a major milestone for Stelco as it secures a long-term supply of high-quality iron ore pellets and a highly valuable future option to acquire a 25% ownership interest in the Minntac Mine, one of, if not the, best assets on the iron range," said Alan Kestenbaum, Stelco's executive chairman and chief executive officer.

This report by The Canadian Press was first published April 30, 2020.

Companies in this story: (TSX:STLC).

Stocks fall as Wall Street puts quiet stamp on rocking month
Nov 30, 2020 2:02 PM
Comments
We welcome your feedback and encourage you to share your thoughts. We ask that you be respectful of others and their points of view, refrain from personal attacks and stay on topic. To learn about our commenting policies and how we moderate, please read our Community Guidelines.