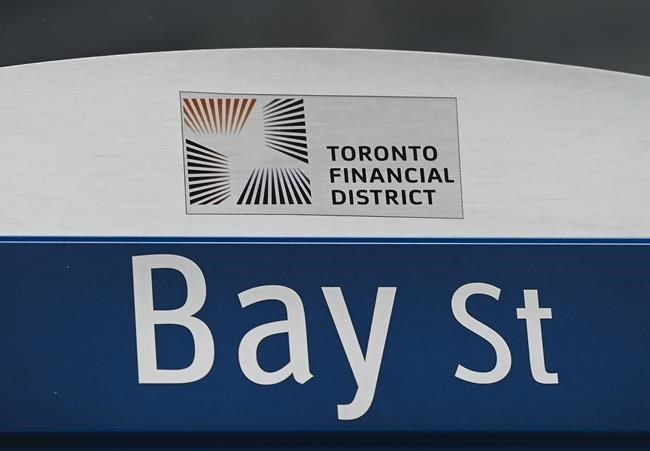 April is historically the best month in the second quarter and one of the best months of the year, said Sid Mokhtari, executive director of institutional equity research at CIBC.

"I do think that there is a footprint in April on a 10- and 30-year basis that has been pretty powerful and I think we're still following that footprint at this point," he said in an interview.

Mokhtari said the month tends to be front-end loaded to carry a positive attitude into the third week of April.

Materials was the leading sector on the TSX, gaining two per cent as higher gold prices moved OceanaGold Corp. up 6.8 per cent, Silvercorp Metals Inc. up 6.6 per cent and New Gold Inc. 6.2 per cent higher.

An improving demand outlook supported crude oil prices, which moved the sector up one percentage point with MEG Energy Corp. and Whitecap Resources Inc. up 3.4 and 2.5 per cent, respectively.

The May crude oil contract gained 68 cents US at US$59.33 per barrel and the May natural gas contract was down 5.5 cents at nearly US$2.46 per mmBTU.

Crude prices need to move above US$62 per barrel to be more comfortable, with the potential to reaccelerate after that, Mokhtari said.

"The energy sector was very much out of favour for almost two years. We're beginning to see some green shoots there. That's a good sign at least for the TSX."

The Canadian dollar traded for 79.62 cents US compared with 79.84 cents US on Monday.

Technology followed the Nasdaq to get a lift in Canada with shares of Lightspeed POS Inc. increasing 5.9 per cent.

Health care was one of four sectors that were laggards. It lost 1.9 per cent with Organigram Holdings Inc. down 5.1 per cent and Aphria Inc. off 4.8 per cent.

Markets initially responded favourably to PMI data that showed the U.S. service sector having the fastest expansion on record. It was followed by a strong services sector in China.

"Data is going to continue to improve as you go into the summer period," Mokhtari said.

He expects U.S. President Joe Biden's US$2.3-trillion infrastructure proposal is going to be helpful to the industrial sector and be a supportive theme for quite some time.

This report by The Canadian Press was first published April 6, 2021.