MONTREAL — Quebecor Inc. says it wants to "rescue" Cirque du Soleil by purchasing a controlling stake in the struggling company and bringing its ownership back home to Quebec.
May 4, 2020 3:17 PM By: Canadian Press 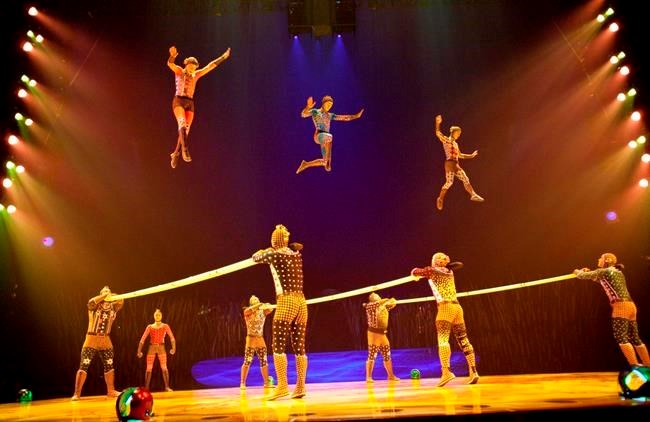 MONTREAL — Quebecor Inc. says it wants to "rescue" Cirque du Soleil by purchasing a controlling stake in the struggling company and bringing its ownership back home to Quebec.

In a letter sent to four federal ministers from Quebec, the telecommunications company says it is in funding talks with Quebec's pension fund manager as well the Fonds de Solidarite FTQ and the Royal Bank of Canada.

Quebecor says in separate press release it is ready to spend "several hundred million dollars" to revive operations at the circus producer, which has halted all 44 shows worldwide and laid off 95 per cent of its employees amid the COVID-19 pandemic.

The conglomerate adds that it has been unable to obtain financial details for Cirque du Soleil, citing "blockage" by management.

Cirque du Soleil is reported to be exploring various options to stay solvent, with debt restructuring and bankruptcy protection among the potential options.

Debt at the Montreal-based entertainment giant, founded as a regional touring company by Guy Laliberte in 1984, is estimated at about US$900 million.

American investment fund TPG Capital claims a 60 per cent stake in Cirque while Chinese firm Fosun Capital Group and the Caisse de depot et placement own 20 per cent each.

Companies in this story: (TSX:RY)