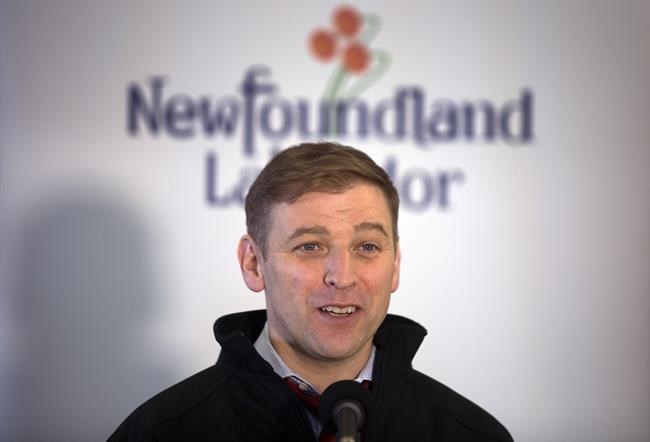 ST. JOHN'S, N.L. — Newfoundland and Labrador is hoping to cut its deficit nearly in half, aided in part by an oil rebound.

The province tabled its second pandemic budget Monday, with a projected deficit of $826 million — about $800 million less than the previous year’s shortfall. Fiscal hopes are pegged partly on an anticipated increase in oil royalties totalling almost $500 million.

Though the deficit is projected to shrink, the province's net debt is expected to climb to $17.2 billion, up from $16.4 billion in the last budget. Still, borrowing is down to $1.7 billion from $3 billion last year.

The province has set aside more than $1 billion to pay for debt-servicing costs this fiscal year, Finance Minister Siobhan Coady said. “This budget really does set a path forward for Newfoundland and Labrador,” Coady told reporters. “I think we all recognize ... the status quo is no longer possible.”

The budget is called “Change starts here,” and it follows a controversial report tabled earlier this month by the province’s economic recovery team, which is chaired by Moya Greene, the former head of Canada Post and of Britain's Royal Mail service.

The Greene report estimated the province’s overall “financial exposure” at $47.3 billion, once the debt carried by province-owned corporations is factored in. Monday's budget calls for a rigorous review of several of those corporations while settings out a year-by-year target toward a surplus in six years.

Coady said she intends to get there primarily through a streamlining of government services. "We're not expecting mass layoffs," she said.

The budget foretells an end to the province’s English school district, with a promise to begin integrating its operations into the Department of Education. The stand-alone francophone school district, so far, will remain intact, though the Greene report recommended its dismantling.

The budget also states the government will “immediately begin” restructuring its energy corporation, Nalcor Energy, which has overseen the burdensome Muskrat Falls hydroelectric project in Labrador. The project was sanctioned in 2012 and has since essentially doubled in cost to $13.1 billion.

A yearlong public inquiry into exactly what went wrong with the project began in 2018, and the final, blistering report blamed Nalcor’s top managers at the time.

Provincial ownership of a western Newfoundland ski hill, a liquor corporation and stakes in offshore oil projects are also under review. The $68.4 million in funding provided to Memorial University to maintain its tuition freeze will be eliminated over five years, beginning in 2022-2023, the budget says.

Greg London,  Eastern Canada tax service leader for BDO Canada, said it's unclear exactly how many people in the province make those salaries, especially past the $250,000 level. Still, he commended the province for the move to create tax brackets and taxation levels for incomes above $200,000, something he said most provinces haven't done.

The province is also introducing a sugary drinks tax, pegged at 20 cents per litre, and smokers will pay roughly three cents more per cigarette.

London said the government likely chose not to increase HST because of the vulnerability brought on by the COVID-19 pandemic. The HST hits everyone, he said in an interview Monday. "Then all of a sudden you're talking about people that are really hanging on by a thread."

NDP Leader Alison Coffin said she feels the budget ignores those people and ties the province's future to the volatile offshore oil industry. She was hoping for at least an increase to income support levels, she said in an interview Friday.

Both the NDP and the Progressive Conservatives said the plans to slash spending by hundreds of millions in the 2022-2023 fiscal year are concerning. “Today’s budget is foreshadowing for huge cuts in spending in next year’s document," Tory leader David Brazil said in a news release Friday.

The province’s offshore oil sector cast a long shadow over the improved deficit outlook Monday, with news just last week that the Terra Nova oilfield may be completely shut down, despite an offer of $175 million in government money to keep it going. Coady said there are other oil discoveries to be made.

The Greene report had urged a transition to a “green economy." When asked why the budget touted a reduced deficit based on anticipated oil revenues, instead of shifting away from dependence on oil, Coady was again insistent. “We are making the transition from oil,” she said, adding that as that transition played out, oil will remain a large part of the province’s economy.

Oil accounted for nearly 21 per cent of the province’s GDP in 2019, according to the budget documents.

Monday’s budget was the second from Premier Andrew Furey’s Liberals, though it was their first budget since they won a majority in March.

This report by The Canadian Press was first published May 31, 2021.