OTTAWA — Canada's telecommunications regulator should do more to protect the privacy rights of cellphone and internet users from abuse as public health authorities and their allies seek new ways trace the spread of COVID-19, a consumer rights group s
May 4, 2020 3:34 PM By: Canadian Press 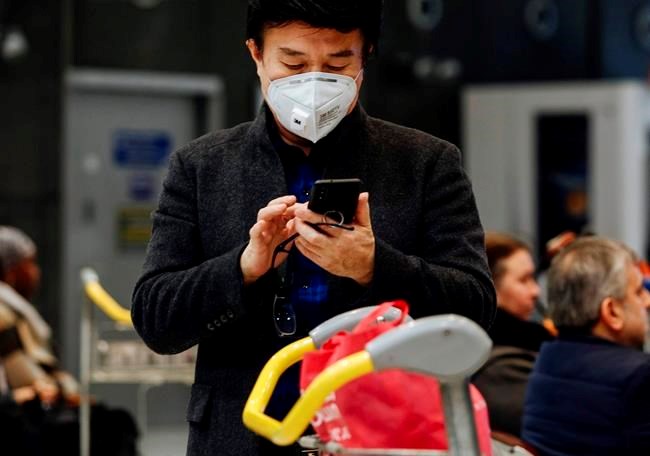 OTTAWA — Canada's telecommunications regulator should do more to protect the privacy rights of cellphone and internet users from abuse as public health authorities and their allies seek new ways trace the spread of COVID-19, a consumer rights group said Monday in a formal filing with the CRTC.

The Public Interest Advocacy Centre said the Telecommunications Act requires the federal regulator to contribute to privacy protections, along with other agencies, and it should do that by actively monitoring and disclosing how the country's communications services are involved with contact tracing efforts.

Public health authorities and medical professionals use contract tracing — traditionally using person-to-person methods such as interviews or phone calls — to identify, educate and monitor individuals who have had close contact with someone who is infected with a virus.

Some countries have used smartphones and internet connections to aid with the contact tracing process, although such use of such technology has raised concerns among privacy advocates.

“PIAC is seeking oversight, clarity and transparency from the CRTC so that Canadians know what role their mobile wireless service providers and home internet providers may play in COVID-19 tracking and that they appropriately safeguard privacy while not in any way impeding appropriate public health measures,” executive director John Lawford said in a brief statement on PIAC's website.

In its 15-page filing, the non-profit consumer-advocacy group asks the CRTC to disclose publicly any contact-tracing partnerships that involve Canada's communications providers and provide guidelines about how they should protect privacy rights.

"It appears that the federal government and several provincial governments and apparently at least one municipal government have been in talks or consultations with private companies to design smartphone-based contact-tracing in an effort to deal with the present COVID-19 epidemic," the filing says.

It noted that Apple and Google have jointly created a "privacy preserving" contact tracing program for smartphones using their iOS and Android operating and predicts that capability will be introduced at the operating system level within months.

PIAC is calling on the CRTC to have telecommunication service providers disclose any activities related to contact-tracing apps or network-level facilitation of individual consumer location. It also wants them prohibited from allowing the apps to use previously collected data without prior consent for the new use.

The Ottawa-based non-profit group is part of a growing debate about the potential benefits and dangers of using smartphones, internet services and software to monitor how the COVID-19 virus is spreading through communities.

Prime Minister Justin Trudeau said last week that government has looked at a number of proposals for using digital technology in the fight against the virus but added that "Canadians put a very high value on their privacy, on their data security."

— by David Paddon in Toronto.

Stocks fall as Wall Street puts quiet stamp on rocking month
Nov 30, 2020 2:02 PM
Telecom ombudsman says disclosure, billing remain top issues but complaints down
Nov 30, 2020 1:48 PM
Comments
We welcome your feedback and encourage you to share your thoughts. We ask that you be respectful of others and their points of view, refrain from personal attacks and stay on topic. To learn about our commenting policies and how we moderate, please read our Community Guidelines.