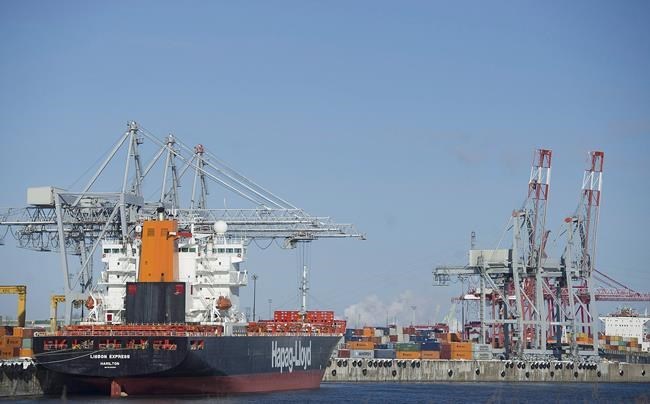 TORONTO — Five things to watch for in the Canadian business world in the coming week:

The 2021 navigation season of the St. Lawrence Seaway will officially launch on Monday. The St. Lawrence Seaway Management Corp. reported in January that cargo shipping remained flat last year despite COVID-19's harsh toll on demand for products shipped along the waterway. Imperial Oil’s CEO recently said the seaway would serve as an alternate shipping route in the event that Enbridge’s Line 5 pipeline is shut down by Michigan’s state government.

Canada Mortgage and Housing Corp. will release a report on the duration of mortgage deferrals and consumer debt deferrals on Tuesday. The federal housing agency reported in February that more than 250,000 homeowners with mortgages insured by CMHC sought payment deferrals between last March and September, but by the end of that period almost 65 per cent of the deferrals had ended.

Bank of Canada deputy governor Toni Gravelle is set to give a speech to CFA Society Toronto on Tuesday. Earlier this month, deputy governor Lawrence Schembri said higher-than-expected spending by households could help the country recover tens of thousands of lost jobs over the next two years.

The Canadian Association of Oilwell Drilling Contractors will host a virtual AGM on Friday with a keynote speech by Alberta Premier Jason Kenney. Ensign Energy Services Inc. said recently that oilpatch activity in its Canadian and U.S. operations is staging a slow recovery as oil and natural gas industry fundamentals improve and COVID-19 vaccination campaigns expand.

This report by The Canadian Press was first published March 21, 2021.