MONTREAL — The Desjardins Group says last year's theft of the personal data of its 4.2 million members ultimately cost the co-operative $108 million.
Feb 26, 2020 11:51 AM By: Canadian Press 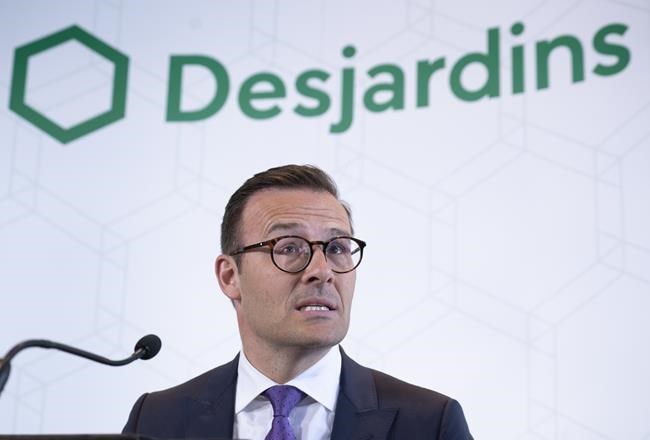 Chief executive Guy Cormier says the impact is less than one per cent of its $18 billion in revenues in 2019.

It may seem like a large amount, but he says Desjardins has "ample capacity" to absorb the expense.

The costs are mainly related to the package of measures offered to members, such as free credit monitoring service from Equifax for five years.

Cormier says there should be no further increase in costs related to the data theft, which has plunged the co-operative into turmoil since it was revealed last June.

Desjardins says its net surplus increased 11.7 per cent to $2.6 billion before $317 million in dividends are paid to members. The dividend is up 25 per cent from last year and is at its highest level since 2011.

This report by The Canadian Press was first published Feb. 26, 2020.