OTTAWA — A senior official at the Bank of Canada says the central bank will be paying close attention to what the post-pandemic economy can supply and what consumers demand.
Jun 4, 2020 3:22 PM By: Canadian Press 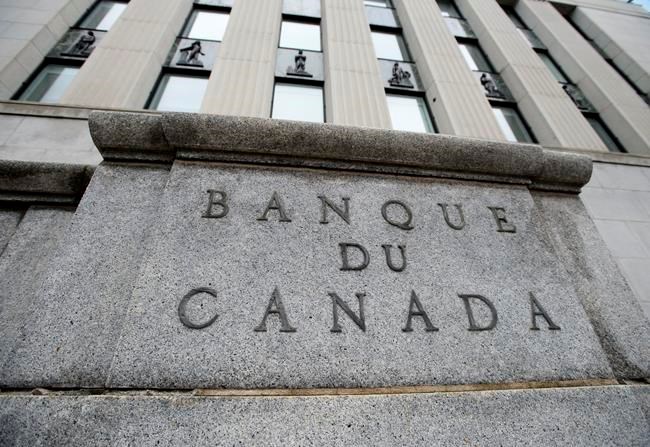 OTTAWA — A senior official at the Bank of Canada says the central bank will be paying close attention to what the post-pandemic economy can supply and what consumers demand.

In a speech by video conference to the Greater Sudbury Chamber of Commerce, he said it will be key for the bank's governing council to understand how the pandemic has affected demand, employment and the economy’s capacity to produce goods and services by its next interest rate decision in mid-July.

At that time, the bank will also release an updated economic outlook.

The Bank of Canada held its key policy rate at 0.25 per cent on Wednesday, but said the economy appears to have avoided a worst-case scenario due to the COVID-19 pandemic.

Gravelle made clear that's as low as the bank believes the rate can go before it causes problems in markets, a nod toward talk about negative interest rates to spur spending.

The bank also reduced some of its market operations after it "cranked up the volume to 11" to allow the banking system to tap directly into much-needed funding liquidity, Gravelle said.

"Despite the positive signs, though, many risks and uncertainties remain," Gravelle said, according to a text of his speech released by the bank.

"A lot will depend on whether we as a country are successful in managing the risk of possible future waves of COVID-19, and the pace at which containment measures are lifted. This applies to the global economy as well as Canada’s."

He said the bank will pay close attention to how the pandemic is affecting growth and demand in key markets for Canadian exports.

Statistics Canada said the domestic economy shrank by 2.1 per cent in the first three months of the year. The Bank of Canada now expects output to drop a further 10 to 20 per cent in the second quarter, which is below its April expectations of a 15 to 30 per cent drop.

As bad as that sounds, Gravelle said, it would be closer to the best-case scenario the bank envisioned in April.

Gravelle pointed in his speech to silver linings in otherwise gloomy economic data.

Statistics Canada jobs figures showed that three million workers became unemployed over March and April as the pandemic took hold, but 43 per cent said they expected to return to their jobs once the pandemic passes. Gravelle said that figure was 15 per cent during the global financial crisis over a decade ago.

"These are all sort of subtle indications," he said during a media teleconference following the speech.

"It was just more of a hopeful sign that the attachment rate of these employees will be stronger in this crisis or this environment than it was in 2008-2009."

Inflation has dropped close to zero, driven mainly by plunging gasoline prices, and Gravelle said inflation will remain below the bank's two per cent target in the near-term due to temporary factors.

Despite the positive tone of the speech, it's clear no one at the central bank is breathing a sigh of relief just yet, said TD senior economist Brian DePratto.

"The multiple references to its ability to provide further stimulus, and the reiterated goal of keeping asset purchases running until the bank is certain the economic recovery is well underway make it clear that the foot will be firmly on the accelerator for some time to come," he wrote in a note.