Canadian airports are confronting the prospect of $2 billion in losses over the next few months as borders shut and planes stay parked due to the COVID-19 pandemic.
Mar 23, 2020 2:15 PM By: Canadian Press 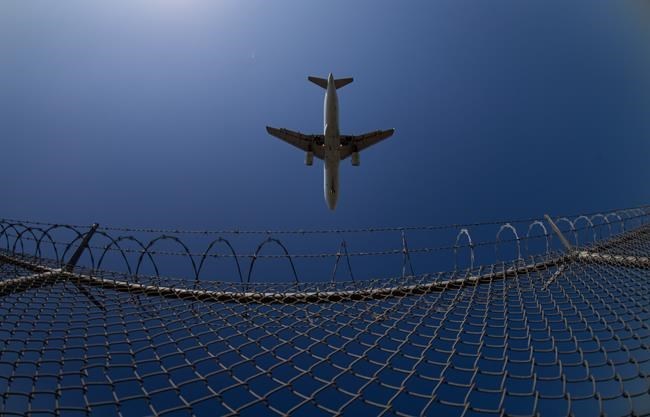 Canadian airports are confronting the prospect of $2 billion in losses over the next few months as borders shut and planes stay parked due to the COVID-19 pandemic.

The Canadian Airports Council, which represents 53 airports, forecasts that passenger traffic will fall by between 55 per cent and 71 per cent between March and June, or up to 37 million travellers.

The predicted revenue hit of between $1.8 billion and $2.2 billion would mark a 40-to-51 per cent year-over-year decline, and overshadows already grave estimates of a $1.3-billion loss less than one week ago.

"What a difference a week can make," said council chairwoman Joyce Carter in a letter to Prime Minister Justin Trudeau over the weekend.

"Unfortunately, we greatly underestimated both the pace in which developments have unfolded and the severe drop-off in domestic and global air traffic we have seen in the last week," Carter said.

She said the "catastrophic" situation exceeds the commercial challenges posed by the Sept. 11 attacks, with many parts of the aviation sector confronting a possible shutdown unless federal relief arrives.

The trade group has requested aid in the form of rent relief and cash injections as well as long-term support via infrastructure funding and tourism promotion.

Airports garner much of their cash from landing and terminal fees as well as a per-passenger charge — all of which remain up in the air due to the global travel collapse triggered by the novel coronavirus.

This report by The Canadian Press was first published March 23, 2020.

Biden looks to fill out economic team with diverse picks
Nov 30, 2020 3:11 AM
Comments
We welcome your feedback and encourage you to share your thoughts. We ask that you be respectful of others and their points of view, refrain from personal attacks and stay on topic. To learn about our commenting policies and how we moderate, please read our Community Guidelines.