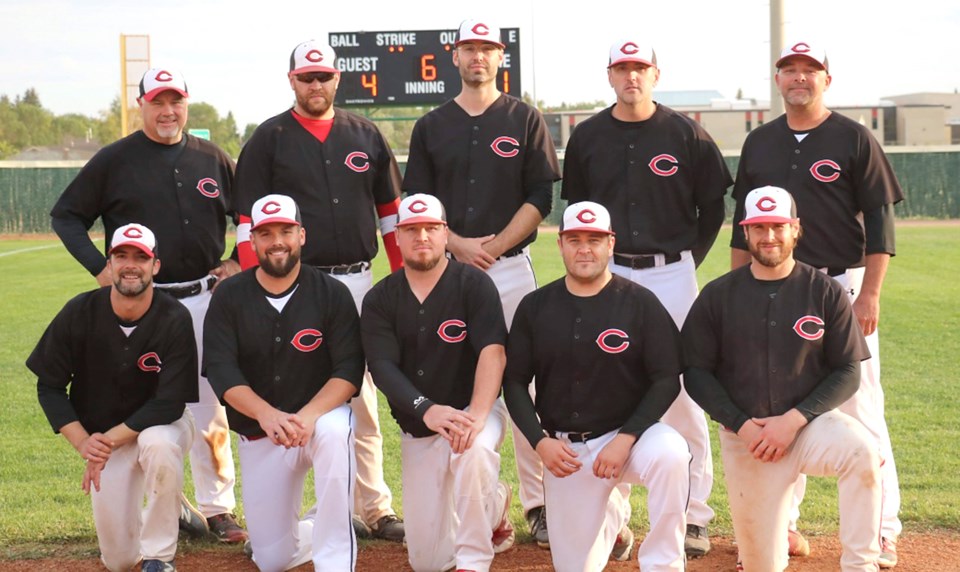 The Canadians posted a pair of commanding victories at Kaplan Field in Regina on Saturday, taking a 10-2 victory over the Earl Grey Rockets in the ‘A’ side final and following with an 11-4 win over the Golden Hawks in the championship game.

It certainly didn’t hurt that the Canadians had ace pitcher Dean Holoien available for the two games, with his presence helping provide a calming factor that enabled the team to take a more offensive tact than usual.

“Our pitching has been dynamite all year long, all three guys (Holoien, Blake Dixon and Xavier Tremblay) have been right on the money,” Lougheed said. “This weekend, I don’t know if it was a situation that ‘yep, we have Dean here and yep, we’re going to hammer it’, but we did. I’m almost speechless as to the performance the guys put together this weekend.”

As hitting double digits in back-to-back games would indicate, the Canadians were able to put together some timely hitting — and the long ball was a major factor in all of that.

“I think we hit six or seven home runs between the two games,” Lougheed said. “It was unbelievable, it was great.”

As well as things turned out, the Canadians — who posted an 11-2 record in the regular-season standings — didn’t go into the weekend overconfident, especially after their close misses in their previous playoff runs.

“You know that if you’re in the finals, you’re playing against the next best guys,” Lougheed said. “(Hawks veteran pitcher) Les George, he’s a horse, he throws all year for those guys, and next to our three guys he’s right in there with them. It’s when you get to the finals, you’re seeing the best and our guys hit the ball all weekend no matter who we faced.”

The Moose Jaw Giants didn’t have as much luck in their playoff run, falling to the Hawks in the ‘B’ side final earlier in the week.

“We were the two best teams in the league when we had all our guys, as far as I’m concerned,” Lougheed said. “If things had worked out, it really could have been the two Moose Jaw teams playing in the league final in Regina.”

All in all, the Canadians and their fellow RPFL counterparts we simply happy to get the season in, even if it did start and finish a month later than usual.

“There were a few things we had to deal with with the COVID rules and things, but there wasn’t anything that changed the game a whole lot,” Lougheed said. “It was just the interaction among the guys and stuff that was a little bit different this year… If we have to do it again next year we’ll do it again next year, we want to play ball and we’ll do what we can to have a chance to do that.”