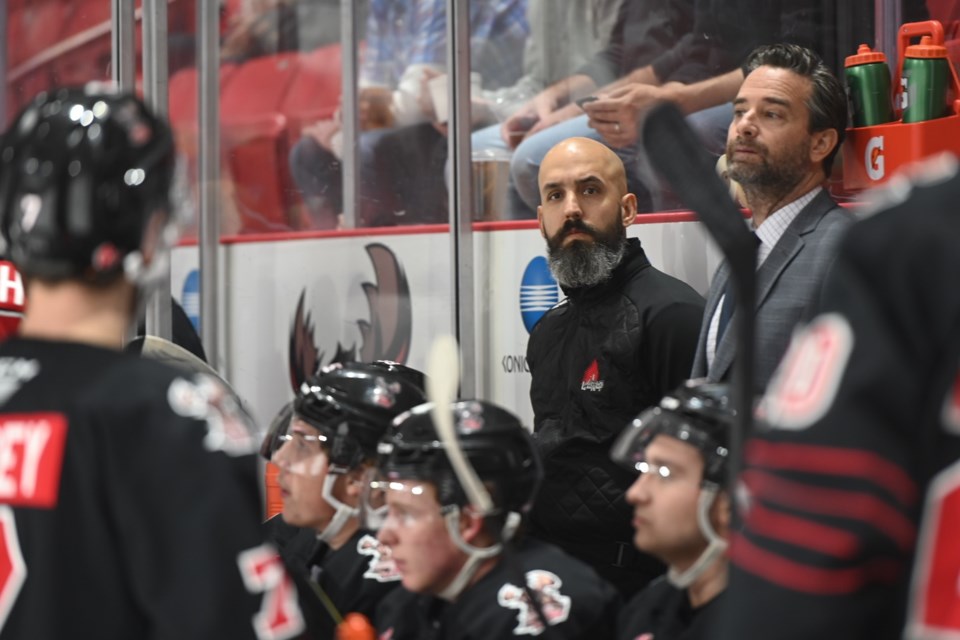 Every Canadian player in the Western Hockey League dreams of one day playing for Team Canada and so do the coaches and staff. Moose Jaw Warriors athletic therapist Brooke Kosolofski has taken that opportunity again for the next two weeks to take part in the 2019 World Under-17 Hockey Challenge in Swift Current and Medicine Hat.

"It’s a real honour to represent your country at a pretty big tournament," Kosolofski said, who will be working with Canada White.

"This is my second time and I feel more comfortable going into this tournament compared to a couple years ago, just with Hockey Canada expects and what they’re looking for while you’re there."

Just like the players, Kosolofski’s process for preparing for the tournament began at the Selection Camp in the summer.

"[There’s about] a month-and-a-half of preparation getting ready for the summer camp in Calgary, which is eight days, it’s a pretty intense, pretty long camp, but it’s exciting and I’m ready to go for the tournament," Kosolofski said.

"For us, it starts at about six in the morning and we are done at around 11 at night, so it’s long days. There’s six teams, there’s 112 players and they’re pretty much busy from the time they get there until the time they go back to the hotel."

During that summer camp, Kosolofski works with two teams, which he said about 90 per cent of the players on his team at the tournament came from, allowing him to get used to the players that he’ll be looking after when they take on the world.

"You really get to know the guys, get to know if they have any issues — physically, medically — you get more information that way and you get to know of any rituals, special needs that the guys need in terms of taping, stretching or just treatment wise," he said.

Just like with the players, the staff is expected to perform at a high level when at the tournament.

"Two years ago, when I did the tournament, it’s an eye-opener just in terms of what Hockey Canada wants, they want everything really professional, really structured and making sure that the guys are getting everything they need to be successful on the ice," Kosolofski said.

Kosolofski joined the Warriors during the 2014-15 season. He said he learned a lot during his time with Hockey Canada that he is used to help the team.

Kosolofski said getting to work with and compete against some high-end players is an exciting part of the tournament.

"It’s neat looking back from just two years ago to see the type of players that were at the tournament and on my team, I had Dylan Cozens, Bowen Byram, Brayden Tracey and then Alexis Lafrenière, who’s going to be a top pick in this year’s NHL Draft," he said.

"Two years ago, we ended up playing in the gold medal game against the U.S. and Jack Hughes was on that team, the first overall pick from this past year’s NHL Draft, so there’s some elite players at this tournament.

"It’s cool to see the progression of those players and where they get drafted in the NHL."

With Kosolofski away at the World Under-17s, the Warriors will be bringing in Gord Watt to serve as the team’s athletic therapist. Watt, who hails from Lethbridge and works with the Midget AAA team there, filled the role two years ago when Kosolofski was at the tournament.

"It will be pretty seamless," Kosolofski said. "Two years ago, it was really good, the guys really enjoyed having him here and he just fit in really well, so it should be quite similar this year."

The World Under-17 Hockey Challenge got underway on November 2nd.