Dupont's Around the Dub

Darren Dupont's latest column with various news and notes on the WHL
0
Apr 11, 2019 11:30 AM By: Freelanced Submission 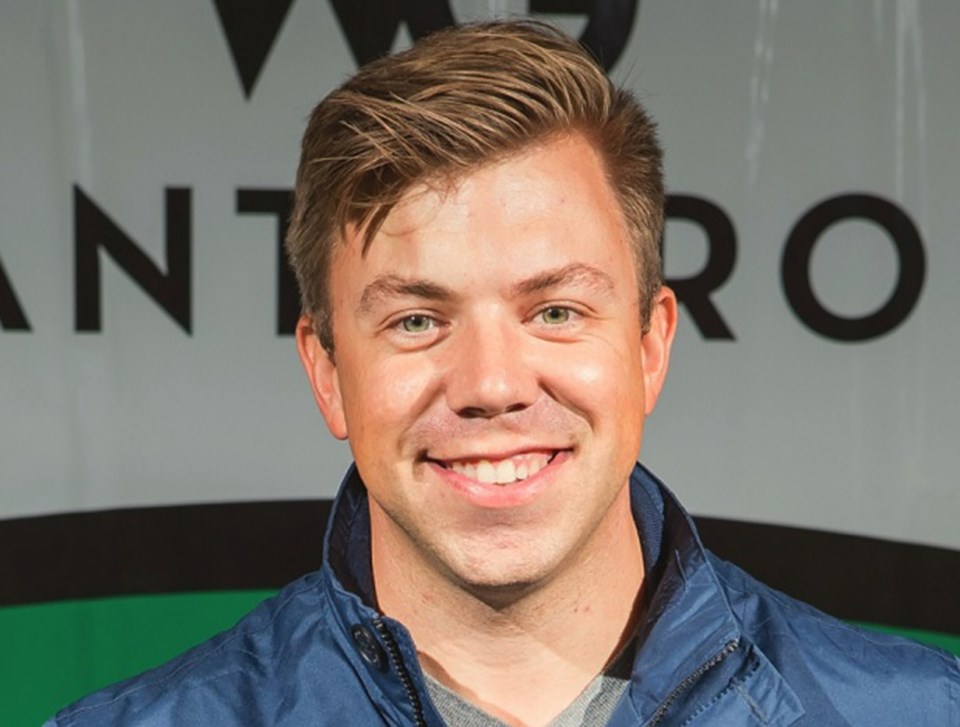 I’ve arrived home from a wild couple of days in Saskatoon. It’s 3:17am…. time to brain dump. Let’s go!

1. RIVALRY HEATING UP - A wild couple of days in the bridge city, indeed! After the first two games in this series, many felt that Saskatoon would sink away but that hasn’t been the case. I’ve said all along that I felt each team is so good on home ice that the first four games would be split, and that’s exactly where we are heading towards Friday night’s game five in Prince Albert.

Nolan Maier was terrific in goal for Saskatoon  stopping 69 of 70 shots over the two games, including 21 of 22 in the first period on Wednesday night. That effort allowed the Blades to hang around, trailing by just a goal despite being heavily outplayed and outshot. They found their stride and scored four unanswered to even up the series.

Right now I have no idea what is going to happen and I love it!

2. WAR OF WORDS - The back-and-forth between Raiders’ bench boss Marc Habscheid and Blades’ rookie head coach Mitch Love has been a treat! I don’t think either has crossed any lines and it’s created a ton of intrigue into the series.

John Tortorella said it best when he said there’s not enough hate in hockey anymore. Well, there’s plenty of it in this series and it’s good for everyone! Prince Albert has had no problems filling the Art Hauser and the past two games in Saskatoon averaged just shy of 8,000 per night. Social media hits are at an all-time high, radio broadcasts are a must-listen, and the fans are at each other’s throats. Keep it coming!

3. NO MORE RADIO - While radio broadcasts are heating up in Saskatoon and Prince Albert, it appears to be heading in an opposite direction in Swift Current. We have learned this week that, in a shocking move, the Swift Current Broncos have decided to tear up their radio broadcast agreement in favour of online streaming on the team’s website.

Creating a brand new product while pushing a community to create new habits all while trying to turn a substantial profit is a gargantuan task but if they pull it off they’ll look like geniuses. Is this a sign of the times? I’m a big believer in social media and understand the value of the internet. But just because the internet is where we all need to point our ships doesn’t mean there isn’t substantial value in traditional media sources. It’s all about finding balance and using each media to your advantage. I’m interested to see how this plays out.

4. ON THE MARKET - The big question for me in all of this is where does this leave current play-by-play voice Shawn Mullin? Shawn has been calling Broncos’ games for nearly a decade and has been the soundtrack to many of the organization's greatest moments, especially over the past couple of springs.

If he’s not the guy calling games on this new platform I’m sure he won’t be away from the mic for long! Keep your head up! Sometimes the greatest things that happen to us in life are completely out of our control.

5. OIL KINGS ADVANCE - The first team into the third round of the WHL playoffs is the Edmonton Oil Kings. The Oil Kings completed a sweep of the Calgary Hitmen on Wednesday night after a 6-0 win. A pair of one-goal overtime wins helped speed things up or this could have looked much different. Still, congratulations to Steve Hamilton and the Hitmen on a great run to the second round.

The biggest surprise to me is that, as Edmonton is heating up, offensive leader Trey Fix-Wolansky hasn’t been producing as expected. The 100+ point man was held without a goal and picked up just a single assist in the series. If he gets going, look out!

6.  ON THE BRINK - The Spokane Chiefs have stunned the hockey world and opened up a 3-0 series lead on first place Everett. The Chiefs are scoring at a blazing pace and are now just a game from advancing to the Western Conference Final.

Most teams are having success if they can score one goal for ever 10-12 shots on net. Through three games in the series Spokane has scored 12 goals on just 60 shots. That’s a rate of a goal for every five shots on net. Incredible!

The Chiefs continue to have a dominant power play scoring on 9/17 opportunities (52.9%)!

7.  FACING ELIMINATION - The Victoria Royals are facing elimination on Thursday night when they play host to the Vancouver Giants. The Giants are in a position to advance to the Western Conference Final for the first time since back-to-back visits from 2008-10 thanks to overtime wins in games two and three.

Draft eligible Bowen Byram continues to impress and leads all players with four points (all assists) in the series.

8.  NEXT LEVEL - Former WHL stars Mathew Barzal and Jordan Eberle had a big impact on night one of the NHL playoffs on Wednesday. The pair led the New York Islanders to a game one win over Pittsburgh in overtime. In total, 73 WHL alumni are suiting up in the NHL playoffs, including former Moose Jaw Warriors’ defenceman Morgan Rielly whose Toronto Maple Leafs open their first-round series with Boston on Thursday night.

9.  ADDISON SIGNS - Lethbridge Hurricanes’ defenceman Calen Addison has inked a three-year, entry level contract with the Pittsburgh Penguins. The Pens drafted Addison in the second round of the 2018 NHL Entry Draft.

Most recently, the Brandon, MB product put up 65 points in 67 regular season games. He added another nine points in seven playoff contests.

10. STRUCH TO GUIDE CANADA - And finally, congratulations to Regina Pats’ head coach Dave Struch who has been named an assistant for Canada at the upcoming U18 world championship in Sweden. Struch just finished his first season as head coach with the Pats after previously serving as an assistant alongside the now GM John Paddock. Struch will have plenty of familiar faces overseas as nine WHL players have been selected to participate in the selection camp. The tournament will begin next week.

See you at the rink!