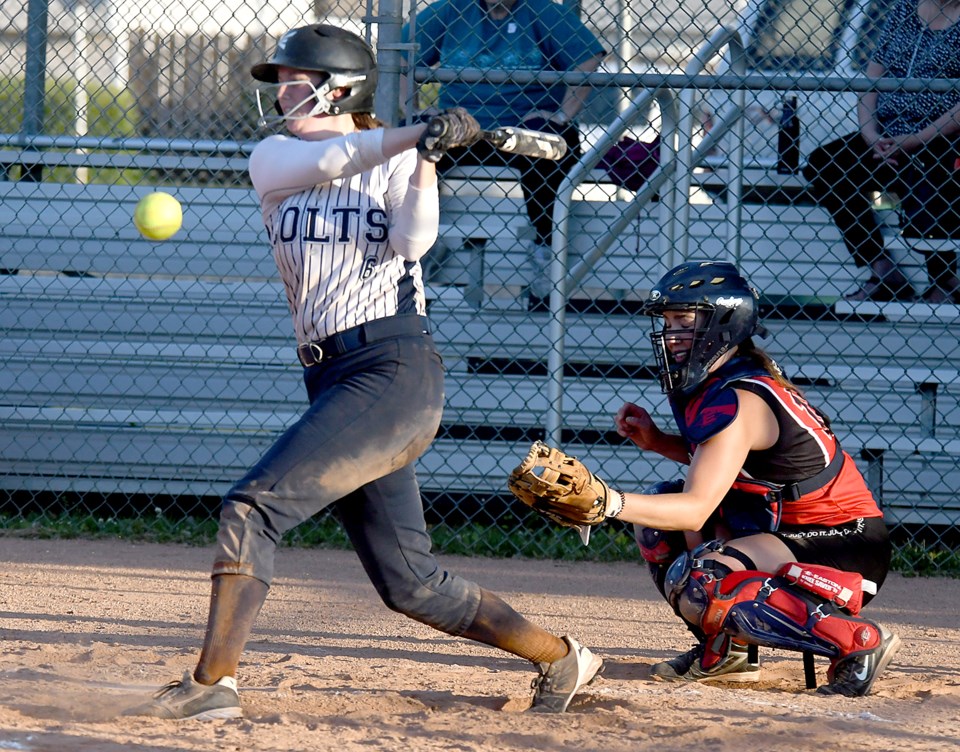 Mikayla Swallow kicked off the Colts fifth-inning rally with a run-scoring triple. (File photo)
The Park Hotel Colts haven’t faced a ton of adversity this year, but when the time came, they were ready.

Trailing 5-3 in the fourth inning against the Heat in Moose Jaw Senior Ladies Fastball action Monday, the Colts would proceed to score six runs over the final three frames on their way to a 9-5 victory.

It didn’t take long for the Heat to get things going, as Ali Kowalenko hit a two-run single in the first inning, part of a three-run opening frame that would see the home side take a 3-0 lead.

The Heat extended their lead to 5-0 when the Colts managed to strike back, with Ceanna Bruce and Jasmine Cameron each hitting run-scoring doubles as their squad pulled back within a pair.

That was where the score sat in the fifth when the Colts’ bats began to hit their stride.

Mikayla Swallow would hit a run-scoring triple and come around to score on a single by Alli Gallagher, setting the stage for a three-run inning that saw Park Hotel take a 6-5 lead.

Colts starter Kim Neithercut made the most of the comeback, holding the Heat off the scoreboard the rest of the way despite seeing runners in scoring position each frame.

Bruce would score three runs in the contest, while Cameron finished the night 3-for-5.

Kowalenko was 3-for-3 with three RBI for the Heat, Ashley Blair went 3-for-4 with a run scored.

Amanda Schmidt got the start in the circle for the Heat, Megan Auger tossed the final three innings.