The provincial workshop means to foster an interest in politics for local women, and to answer their questions about getting involved
0
Oct 8, 2019 1:35 PM By: Larissa Kurz 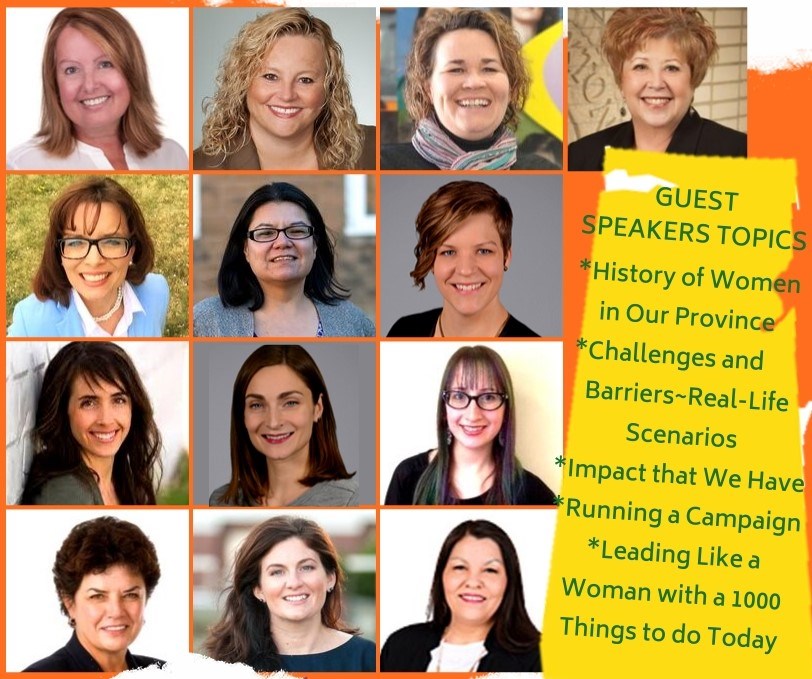 A number of speakers will appear, all of which have held an office somewhere in Saskatchewan. (supplied)

City Councillor Crystal Froese has been in her position since 2016, and she feels confident in saying that her time as a city councillor has given her a chance to make changes in her community.

“I'm really quite grateful when people phone me up and express their concerns. . . and I'm able to help them, to get them answers or change something around the council table that makes their neighbourhood a little better,” said Froese. “That's definitely gratifying.”

Froese is one of three women on the current city council, an impressive ratio of male to female voices in terms of the rest of Canada, which reports that only 18 per cent of mayors are female and 20 per cent of councillor seats in the country are held by women.

Equal representation of women in politics has been a discussion on the table for many years, and one workshop coming to Moose Jaw is hoping to encourage women to consider getting involved in their local governments, boards, and councils.

Our Voice, Our Province is a day-long seminar that is coming to Moose Jaw on Oct. 19, to discuss what it’s like to get involved in politics on the municipal or rural level, as a woman.

A number of local women who either currently hold an office, or have in the past, will share their experiences and offer advice to those at the workshop. Crystal Froese will be one of them, along with former Moose Jaw mayor Deb Higgins, and chair of the Wakamow Aboriginal Community Association Lori Deets.

Mayor of Warman Sheryl Spence, reeve of the RM of Weyburn Carmen Sterling — who has been reeve for 18 years — Saskatoon city councillors Mairin Loewen and Hilary Gough, and Yorkton city councillor Randy Goulden will also join the group, along with a handful of others.

Presentations will include topics such as how to run a campaign, the history of women in Saskatchewan, and how to face the unique challenges as a woman in politics. Each speaker will present, with an opportunity for questions throughout the day.

“It's to talk about some of the barriers and challenges, but also the positive impact we have as women in our province and how important it is to have our voice at the local government level,” said Froese.

Coun. Crystal Froese (centre) is one of six city councillors currently in office in Moose Jaw, and she finds great value in having women's voices present at the council table. (photo by Jason G. Antonio)
Froese hopes the workshop will inspire more women to consider pursuing office in their communities because she feels that local politics is the place where diverse voices are most important.

“There's the old adage that 'local governance is the closest to the people,' and I think that is really true,” said Froese. “And when you think about it, at least 50 per cent of our population is women, so we should have a voice around the table.”

The workshop offers a unique chance for attendees to ask questions and get real answers from women who understand the behind-the-scenes of an elected office.

Those looking to attend the Our Voices, Our Province workshop must register online. The cost for the day is $10, which includes lunch and childcare if needed, and the event is entirely non-partisan.

Our Voice, Our Province is being organized in partnership with the Federation of Canadian Municipalities and Equal Voice, an organization supporting the election of more women in all levels of office across Canada.