Wildlife rehab organization on the hunt for new volunteers this fall

The Wildlife Rehabilitation Society of Saskatchewan is on the prowl for new volunteers — and Moose Jaw is on its list
Sep 3, 2020 1:00 PM By: Larissa Kurz 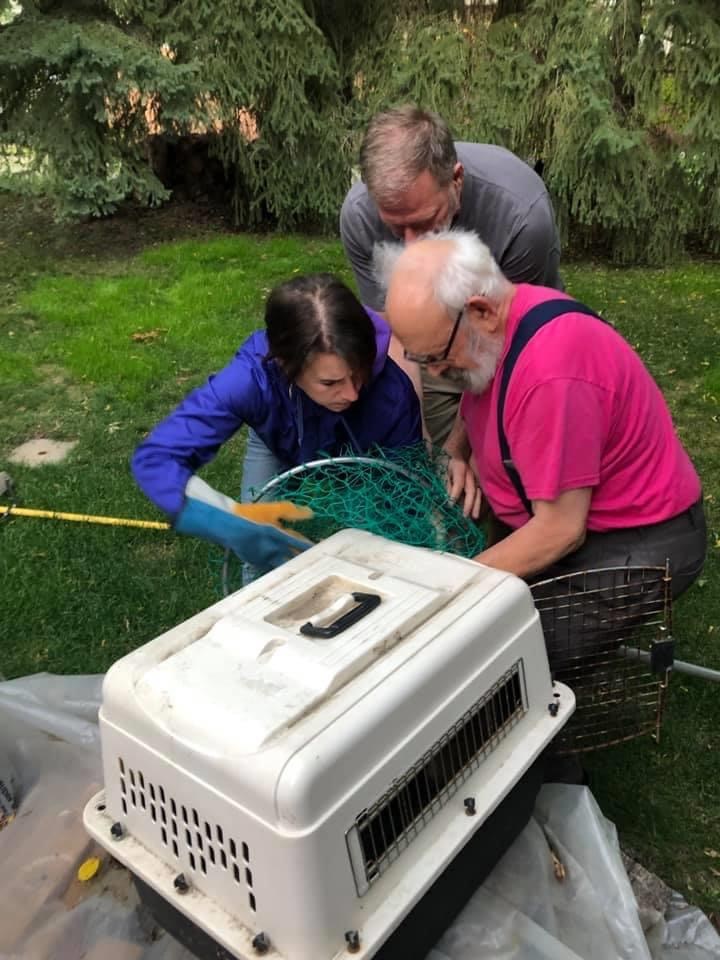 Volunteers with the Wildlife Rehabilitation Society of Saskatchewan have a unique opportunity to work with animals they otherwise wouldn’t encounter so personally. (supplied)

The Wildlife Rehabilitation Society of Saskatchewan (WRSOS) is once again hosting volunteer orientation sessions for those new to the animal rescue scene, and the consensus is the more the merrier.

Rhiain Clarke, WRSOS director and volunteer and hotline manager, is excited to bring back the volunteer training sessions this fall and is urging potential volunteers across Saskatchewan — and especially in Moose Jaw — to think about joining the team.

The upcoming sessions will take place on Oct. 3 using a virtual setting, hosted on a Zoom video conference.

This will be the second round of orientation sessions the WSOS has hosted online since the pandemic changed things in the province, but Clarke is finding that the new format might actually be a help rather than a hindrance.

“We realized [after the spring session] that it actually worked pretty well because we were able to reach more rural volunteers, rather than just the two main cities in Saskatchewan,” said Clarke.

New volunteers tuning in to the orientation sessions can expect a full run-down of the potential roles available in the organization, the kinds of animals the WRSOS deals within its work, and an interesting presentation from a guest speaker — in this case, rescue expert Megan Lawrence from Regina’s Salthaven West Wildlife Rehabilitation & Education Centre.

There are opportunities of all types within the organization, said Clarke, from working directly with animals in retrieval and transport roles to helping man the emergency hotline to providing administrative support such as marketing or fundraising expertise.

“We open it up to anybody in Saskatchewan,” said Clarke. “We’re always happy to have people that aren’t on the hand-on side of the organization as well.”

For Clarke, volunteering with the WRSOS is an incredible opportunity to not only help animals in crisis but also to meet and greet some of the province’s fascinating creatures.

“Everything about this role is amazing,” said Clarke. “Probably the best thing for me, personally, is being able to handle some of Saskatchewan’s most amazing and fascinating animals [and] to be so close to something so amazing, be able to help them and release them back into the world eventually.”

The WRSOS has seen an exponential increase in activity over the last year, which means the organization is more than happy to welcome new volunteers. Province-wide, the WRSOS answered 3,560 calls last year from 282 communities — a substantial increase from 177 calls in 2006 — and is on track for a record number of calls this year.

Moose Jaw has already had 288 calls in the 12 months, with only four volunteers in the area working with WRSOS to help answer those calls.

“As you can imagine, that’s a lot of pressure on those four people, to actually get help for those animals that are in need, so we’re actually looking for at least 10 more volunteers willing to do hands-on rescues, maybe transports [to Regina],” said Clarke.

Fall and winter is a good time for new volunteers to get involved, said Clarke, as it's slower in terms of calls and volunteers have more flexibility in choosing what rescues they’d like to attend.

To find out more about the WRSOS and potential volunteer opportunities, Clarke encourages people to register online for the upcoming orientation session and to keep an eye out on the WRSOS Facebook page and Instagram page for more sessions coming later this fall.