Teams currently in five-day isolation in University of Regina dorms, preparing to take ice as early as Friday
Mar 2, 2021 5:11 PM By: Randy Palmer 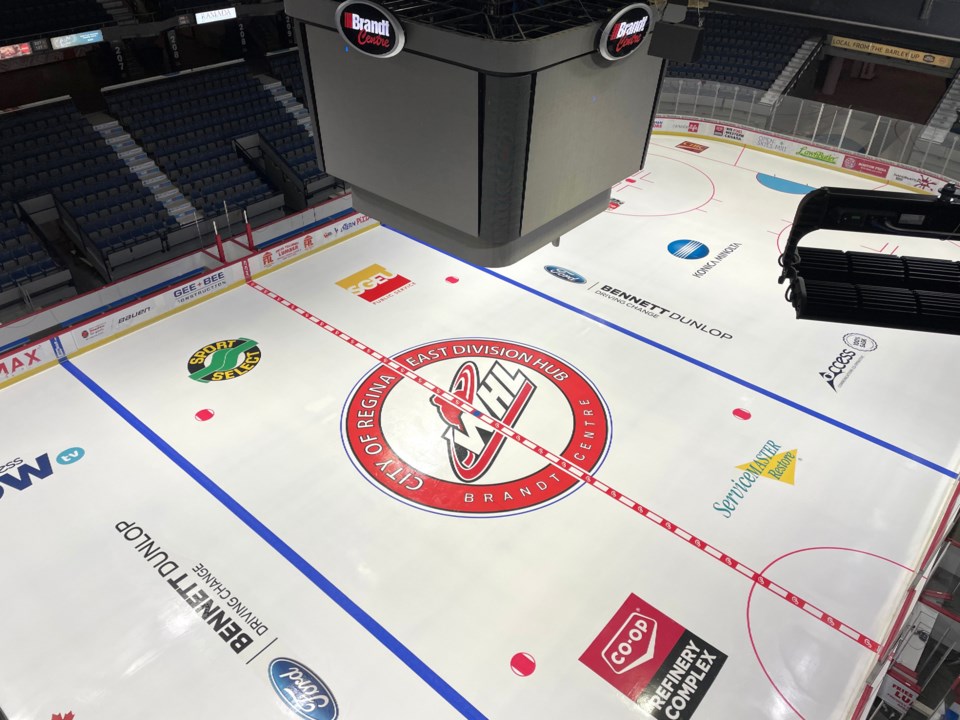 A look at the Brandt Centre ice surface. | Regina Pats Twitter
You know it’s a strange time when the Moose Jaw Warriors find themselves happy to be in Regina.

But as the Western Hockey League squad continued to settle in for the long haul in the East Division’s Regina hub on Tuesday afternoon, you better believe having the ability to call the Queen City home for the next two months was a-okay with everyone involved.

Players from all seven teams filtered into the University of Regina and Luther College dormitories over the weekend, preparing for their pre-schedule quarantine before practice begins this Friday.

That includes Warriors head coach Mark O’Leary and the team staff, who are among a host of folks who can’t wait for the 24-game schedule to kick off.

“I think we’re all chomping at the bit and are ready to get going,” said O’Leary. “Obviously we have a few more days here to quarantine and hopefully the (first) tests come back negative, everyone is healthy, and we can get on the ice Friday.”

Players were all tested when they arrived over the weekend, with results from that round expected as early as Tuesday evening. A clean slate there will see another test given on Wednesday, after which players will be able to take the ice for their first round of full practices in nearly a year

“There’s a lot riding on it, for sure,” O’Leary said of the COVID-19 testing. “But I think as a team and a staff we’ve all done our due diligence and done things right, especially before getting into the hub here to make sure we were doing everything we can to stay healthy. Now we just need the results and hope everyone is okay.”

In the time being, it’s all about getting used to a very unusual situation.

As players arrived at the dormitories, they were met by team staff including director of hockey administration James Gallo and quickly shown to their rooms with minimal contact with one another. They’ll remain there until Friday morning at the earliest, but the good thing is most of them came very, very prepared.

“The players showed up pretty well packed with TVs and food and snacks and entertainment and that sort of thing, so it was a little like moving day for university I imagine,” O’Leary said. “Everybody went straight to their rooms and everything after that has been done over Zoom and phone calls.” 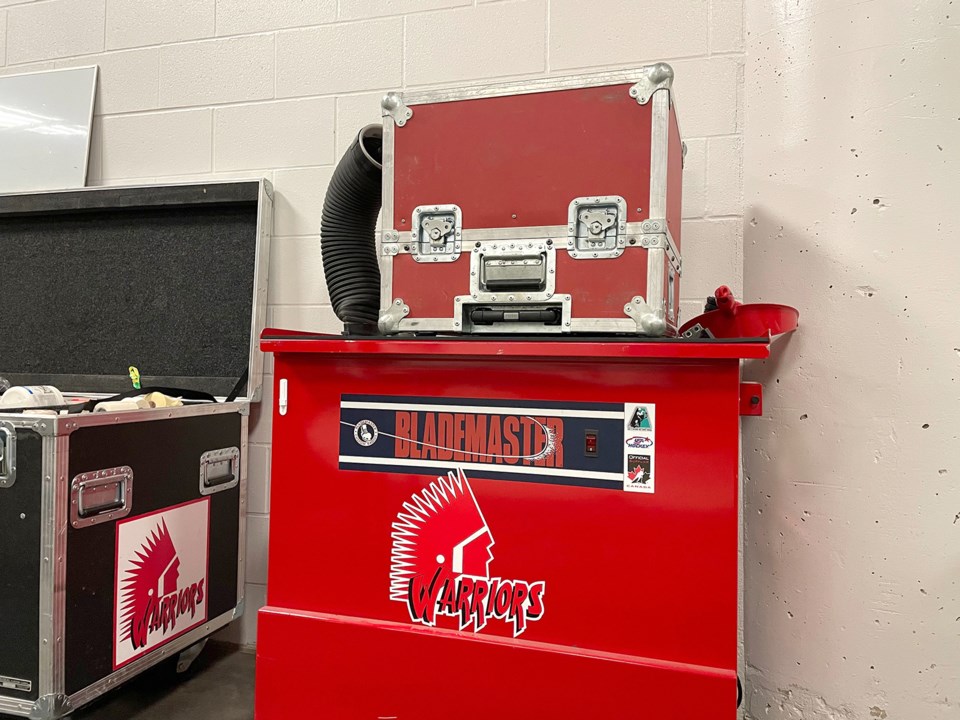 Some of the Moose Jaw Warriors' gear outside their Brandt Centre dressing room. | Regina Pats Twitter

It was as smooth a transition as could be, and for good reason. The WHL essentially followed a similar blueprint to what the Canadian Hockey League and National Hockey League had done in the lead-up to their bubbles, which simplified things greatly.

“That’s the big thing,” O’Leary said. “The league has done a real good job getting this rolling real quick. I know when we got the green light from the government and the health authorities there wasn’t a whole lot of time to get things up and running… this is a little bit different in terms of scope and it not being a complete bubble, but you work off of that, make adjustments as you can and we’ll see what it looks like from there.”

Teams are housed in what amounts to four-bedroom apartments, which makes complete isolation a touch challenging, but given what’s at stake, it’s something everyone is finding a way to work with.

“All those protocols are put into place to make sure that it’s one and done, and we’re just hoping for a clean bill for all of us throughout,” O’Leary said. “I think what’s riding on this is the biggest thing. The players and certainly the staff understand that we have one shot of getting this up and running and getting the game on the ice next Friday. So there’s no room for error and we’re going to do what we have to do.”

The first games of the 2021 schedule are slated for Mar. 12 at the Brandt Centre.