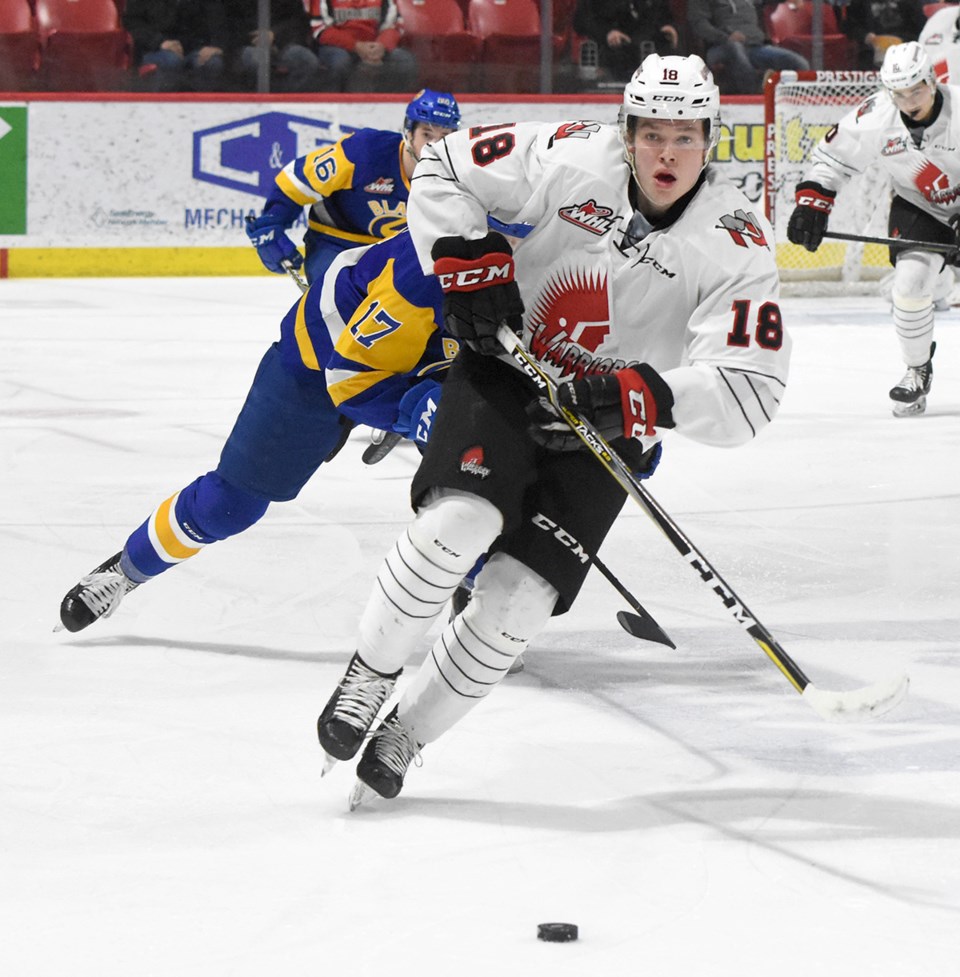 So you better believe not having a chance to do so for the first time since he was a toddler has been just a little bit weird.

The good thing is, that’s all about to change.

Popple, 20, and his Warriors teammates are just under a couple weeks away from reporting to Regina for the Western Hockey League’s East Division bubble, beginning with the shortest of ‘training camp’ imaginable before the 24-game schedule begins on Mar. 12.

“I can’t think of a time when I’ve gone at least a full year without playing a game, maybe since I started playing hockey, it’s definitely been a long time,” Popple said late last week from his home in Brandon.

“It’s been long, but we’ve been able to deal with it. We’ve been shut down here in Manitoba quite a while, so it’s just been trying to find stuff to do. I’ve got a little home gym going, but now we’re able to skate in small groups, which is nice. It’s been good to get a few skates in before we head out.”

The Warriors players were informed of the return-to-play plan by general manager Alan Millar and head coach Mark O’Leary on Feb. 11 in a mass Zoom call, and you better believe there were some smiling faces once the news hit home.

“I think everybody was just super excited, everyone wants to get back playing and we’re obviously very fortunate that we can get back out there and get in some games again,” Popple said.

The rumours had been swirling for weeks prior to the official announcement, with word first filtering out in late January that a bubble format might be a thing for the East Division. Thing is, it wasn’t the first time hopes had been high. There had been the proposed October start, then December, then January, and each time the deadline passed and the goalposts moved.

“I think that was pretty tough on myself and obviously everybody else,” Popple said. “It was looking that we were going to go a couple times there, but obviously with what was going on they weren’t able to make that happen. So to finally get approval and get things going, everyone is really looking forward to it.”

The whole thing will be far from conventional, though.

As has been reported multiple times, the East Division teams will converge on Regina and play all their games out of the Brandt Centre, practice at the Co-Operator’s Centre and live in the University of Regina and Luther College dormitories.

As one might expect, it’ll be a completely different situation than anything the vast, vast majority of players have ever been through.

“I don’t know what it’s going to be like, but I think it’ll be a cool experience for everybody,” Popple said. “We’re all going to be excited about playing, it’s been a long time, so I don’t think anyone is going to be too picky. It’ll be fun to get in there, it’s going to be a lot of time with the guys, hanging out every day and playing hockey which is really all you can ask for.”

When it comes to preparation, Popple didn’t have the luxury of playing for an MJHL team during the long break but was able to hook up with some of his Warriors Manitoba teammates -- nine players on the team’s roster are from the southern part of the province, including four from Brandon proper -- for periodic ice sessions in addition to just staying in touch.

“There was a big group skate this summer and then again in the fall before the second big shutdown happened,” Popple said. “We’ve been chatting and hanging out lots during the summer and now during the winter, so it’ll be nice to see the guys again.” 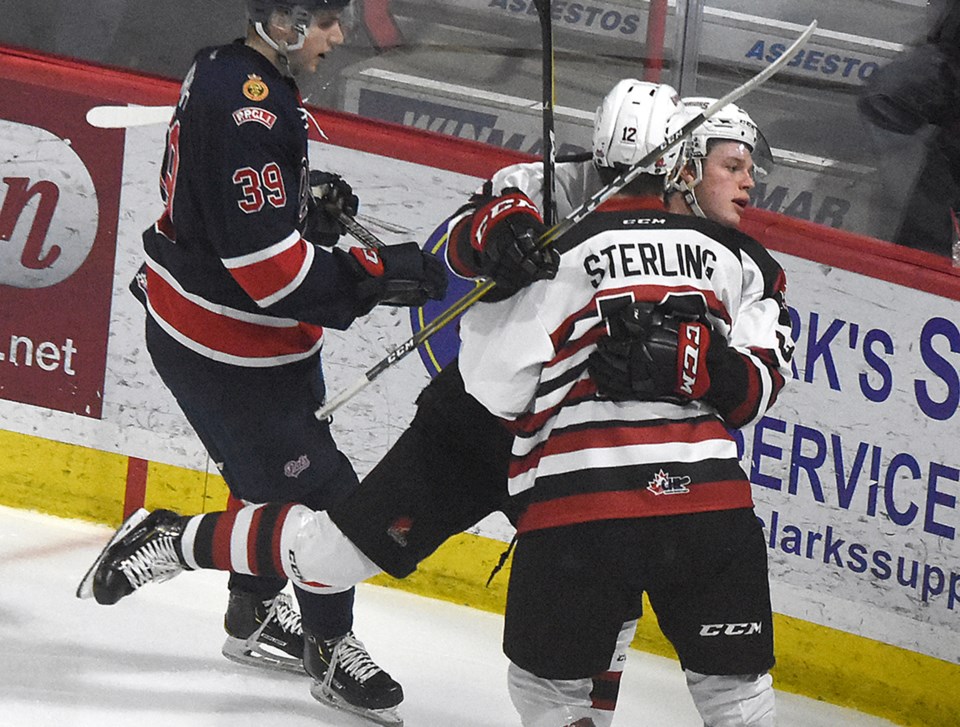 Tate Popple will be looking for plenty of goal celebrations this season. | Randy Palmer

One thing that’s for certain is how much improvement the Warriors will be looking for. Last season was a trying one for the crew and a far cry from what Popple experienced in his rookie season with the club -- the 2017-18 season that saw Moose Jaw win the Scotty Munro Trophy as the WHL’s top regular-season team.

Taking a step back in that direction will be the primary goal of the shortened campaign.

“We’re only losing our 20-year-olds and going in there with an almost identical team as last year, which is great,” said Popple, who was named an assistant captain for the club on Thursday. “We have a lot of young guys coming up who are going to be a year older and some young guys who are going to come in and be contributors.”

For himself, seeing the kind of 20-year-old offensive jump shown by the likes of Tristin Langan and Tanner Jeannot in recent seasons would certainly be welcome.

“It’ll be important to get off to a real good start, but honestly, if we can just get out there and get things going on the right foot right away, hopefully I’ll be a big part of that,” Popple said, adding that being one of the rugged veterans of the WHL wars this season will take some getting used to.

“It’s been awhile in Moose Jaw and it’s been nothing but the best,” he said. “It’ll definitely be different being the oldest guy in the room, I remember going in there and being the young guy and looking up to everybody, so that’s something you have to take in and be a leader for the young guys.”

Normally, it would be a touch unusual to be talking about post-junior plans at the very start of a season, but this isn’t usual. The 24 games won’t take long to play, and after that, it’ll be off to future endeavours.

“It’s going to happen super quick, it feels like it’s going to fly by,” Popple said. “But for next year, I’ve been talking to some schools and I think that’s what I want to do, continue my education and with the scholarship we get from the league, put that to use and continue to play hockey too.

“So I’m really looking forward to seeing what we can do… it’s a short 24-game season so we’re going to go in there and hope for the best and see what happens.”