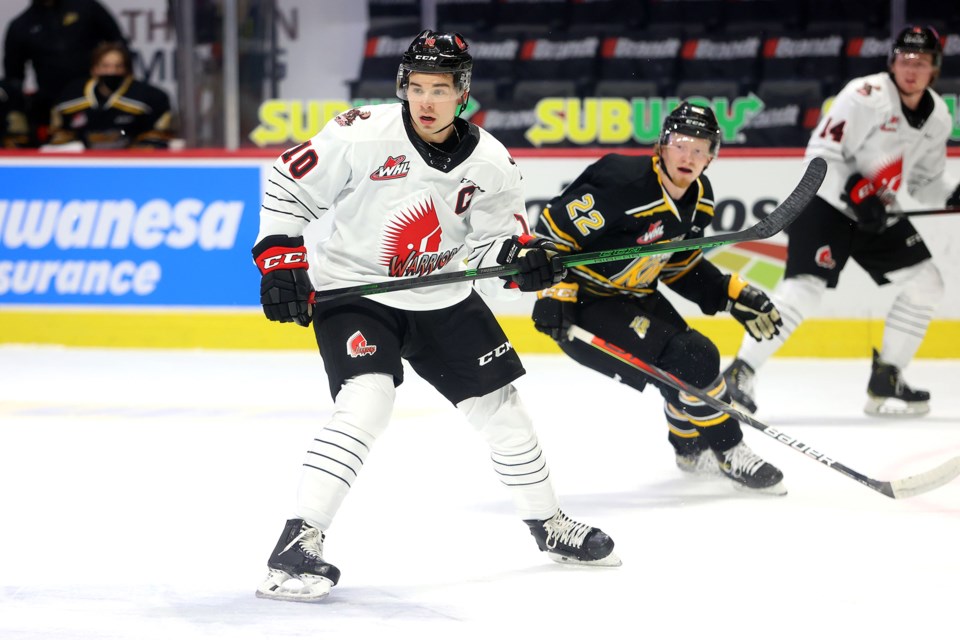 Hunt, 19, was among 51 players — including 17 from the Western Hockey League — invited to take part in the National Junior Team Summer Camp on Wednesday, with the event taking place from July 28 to August 4 at the Seven Chiefs Sportsplex on the Tsuut’ina First Nation near Calgary.

“This is an exciting first step as we begin preparations for the upcoming season and the opportunity to compete at the World Juniors on home ice,” said Alan Millar, director of player personnel for the Hockey Canada Program of Excellence, and former general manager of Warriors. “We are excited about these 51 players, and we look forward to returning to the ice for a highly competitive camp to kick off a new season.”

The camp will mark the latest opportunity to wear the maple leaf for the perennial Hockey Canada prospect. Hunt played in the 2018 World U17 Hockey Challenge and represented Canada in the 2019 World U18 Championship and Hlinka Gretzky Cup, winning silver at the latter.

The standout defenceman had his first crack at the National Junior Team last December but came down with COVID-19 at the start of camp and was eventually among the first players released from the tournament bubble.

Hunt’s bout with the disease was mild, and he joined the Warriors in the East Division bubble in Regina when the puck dropped on Mar. 12. He’d suit up in 23 of the club’s 24 games, putting up eight goals and 18 assists.

The National Junior Team Summer Camp will see players taking part in several practices and intrasquad games before combining with the Under-18 development camp on Aug. 2 and 3. That event includes Warriors defenceman Denton Mateychuk, who was named to the U18 camp earlier this month.