Vanier teacher Kelsey Warren's Grade 9 students are reading "The Marrow Thieves" and are discussing the book with another Grade 9 class in Alaska.
Oct 17, 2019 11:05 AM By: Jason G. Antonio 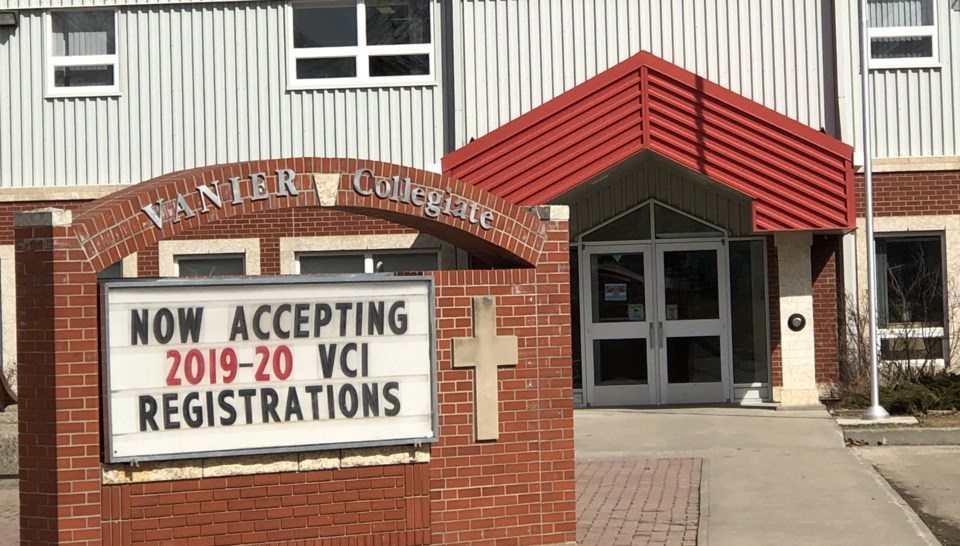 A class at Vanier Collegiate is participating in an international book challenge and sought the support of Moose Jaw’s mayor to help with the project.

Teacher Kelsey Warren’s Grade 9 class is taking part in an initiative called Global Read Aloud, where different grades across the world read the same book and then share their thoughts about it with other classrooms.

Warren’s students have been teamed up with a class in Anchorage, Alaska and are reading the dystopian novel The Marrow Thieves. They then communicate with each other through letters, videos, and Skype or Zoom.

This is the 10th year for the Global Read Aloud program. Warren’s class began reading the book at the end of September.

The Vanier students spent the morning of Oct. 16 filming some of the historic and well-known locations in downtown Moose Jaw. The class intends to put together a welcoming video for the students in Anchorage. A group of students filmed Mayor Fraser Tolmie answering a question about what he loves about Moose Jaw and what makes it great.

“I had read (the book) this summer and I thought it would be an interesting book,” explained Warren. She then found out from the literacy consultant at the Catholic school board office that The Marrow Thieves was also part of the Global Read Aloud program, so “that sealed the deal for me.”

Warren’s students have received their first written letters from the class in Anchorage, which focused on who they are and their favourite or inspirational quote in the book. Her class intends to send their own written responses soon.

Student Sydney Cruz conducted the interview with Tolmie for the video. She thought talking to the mayor was inspiring and also scary, since she had never talked to someone “who’s really big in Moose Jaw.” The students thought the mayor would be the best person to speak with since that position is important in the community.

Cruz admitted she had never been inside city hall before, but after looking around, thought it was a fancy place. However, a fellow classmate felt otherwise.

“I thought it was going to be bigger. On the outside it looks bigger, but like, when you get in, it’s actually (smaller),” said student Reyhan Machmer. “I didn’t imagine it like this.”

Being a pen pal with students in another country is neat, Cruz added. Her class has learned through the letters that the Anchorage students eat moose and deer burgers often. She pointed out while Moose Jaw sees such animals regularly, it’s more popular to eat them in Alaska.

“It was fun writing (the letter),” said student Michael Biggar. “It’s like you’re learning stuff about other people not even from Canada. It’s just interesting. (But) your hand gets sore after a long time.”

While students today receive digital messages instantly, Cruz thought it was cool to receive and hold a physical letter that someone took the time to write. She thought she could get a good sense of someone’s personality through their writing versus simply receiving a text message.