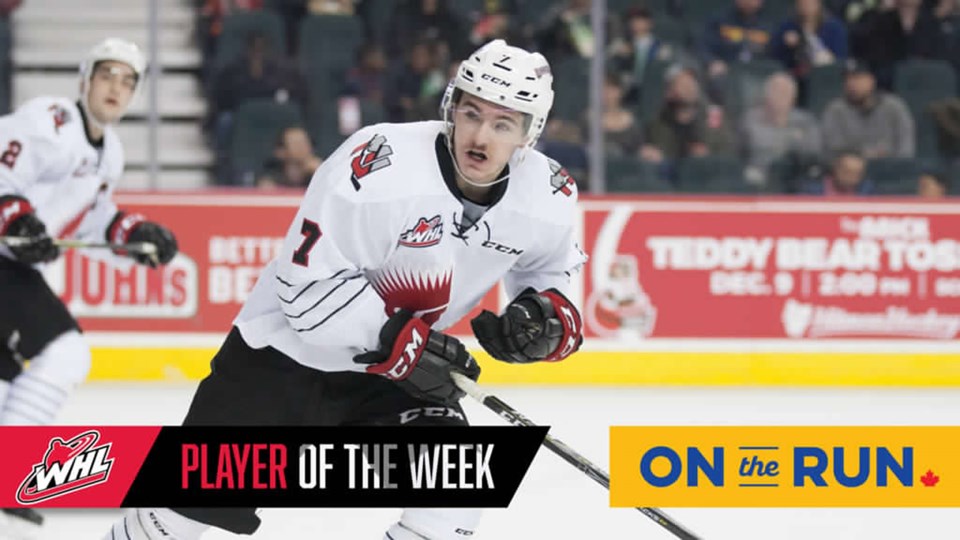 Moose Jaw Warriors forward Brayden Tracey put together one of the most productive series of games in his Western Hockey League career over the last seven days, with the end result seeing the 17-year-old forward named the WHL On the Run Player of the Week.

Tracey scored six goals and 11 points while going plus-five in the Warriors’ four games this week, which saw the Tribe post a 3-1 record through a tour of the East Division.

Tracey now had 31 goals and 73 points in 58 games, leading all rookies while also sitting in a tie for 10th place in WHL scoring.

The award marks the fifth time a member of the Warriors has been named Player of the Week, as Justin Almeida won the honour in back-to-back weeks in January to go along with Jett Woo in the first week of December and Tristin Langan for the second week of November.

Tracey and the Warriors are back in action Tuesday when they host the Red Deer Rebels (7 p.m., Mosaic Place).