The Moose Jaw Museum & Art Gallery (MJMAG) has made plenty of adjustments to its gallery schedule due to the ongoing pandemic restrictions, but the changes have left it with the opportunity to showcase three unique exhibitions in its space this summer.

On display in the Norma Lang Gallery, the individual installations from Hanna Yokozawa Farquharson, Diana Thorneycroft and duo John Chamberlain and Robert Creeley work together for a unique viewing experience as guests walk through the gallery.

“They’re all separate exhibitions, [but] I think they give viewers a sense of the variety in contemporary art and the different creative processes artists have,”  said MJMAG curator Jennifer McRorie. “And I think they’re really unique exhibitions that our summer audiences will be engaged by.” 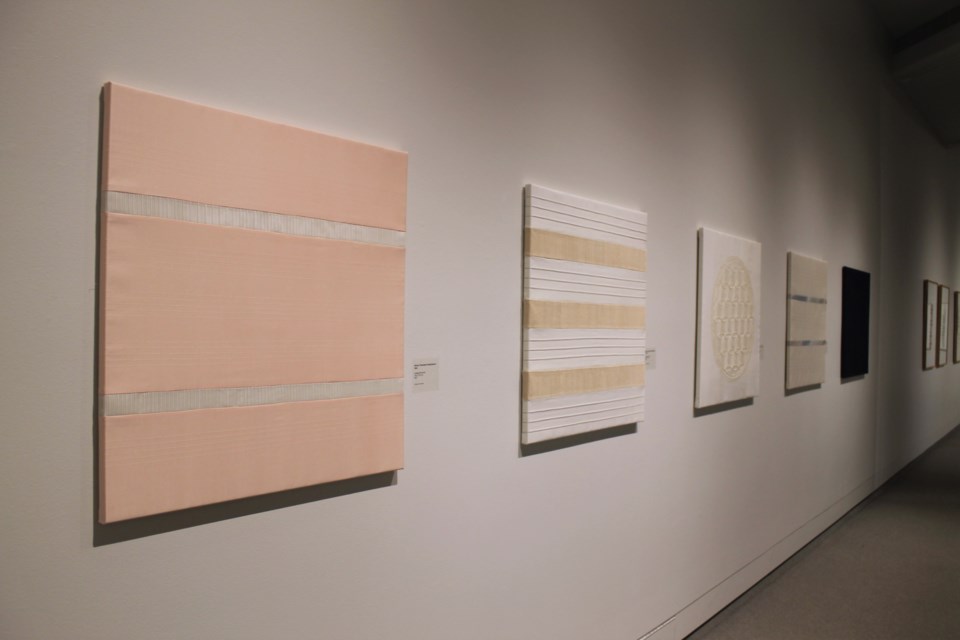 “Bird,” “Forest,” “Flower,” “Water,” and “Stone” by Hanna Yokozawa Farquharson, created from vintage silk kimonos. / (photo by Larissa Kurz)
Farquharson is a Saskatchewan-based artist who was recently nominated for the Emerging Artist Award at the 2021 Sask Arts Awards. Her exhibition, Wholeness, includes two collections titled Calling and Gaia Symphony, both of which use textile artwork that draws on her Japanese culture and personal family memories.

Farquharson’s work speaks to the Japanese concept of “wabi sabi,” or finding beauty in imperfection, as well as her own experience moving from Japan to Saskatchewan.

“She’s responding to the landscape of Saskatchewan, to hoar frost and looking at the interconnectedness of all things in nature,” said McRorie. “And in these works, even though they’re abstract, they’re referencing nature or states of being and she’s hoping that her viewers will feel joy and happiness when they look at them.”

An Artist Talk with Farquharson, hosted by the MJMAG, is taking place on June 17 at 7 p.m. via Zoom. Those interested in joining can find more information on the event on the MJMAG’s website or Facebook page. 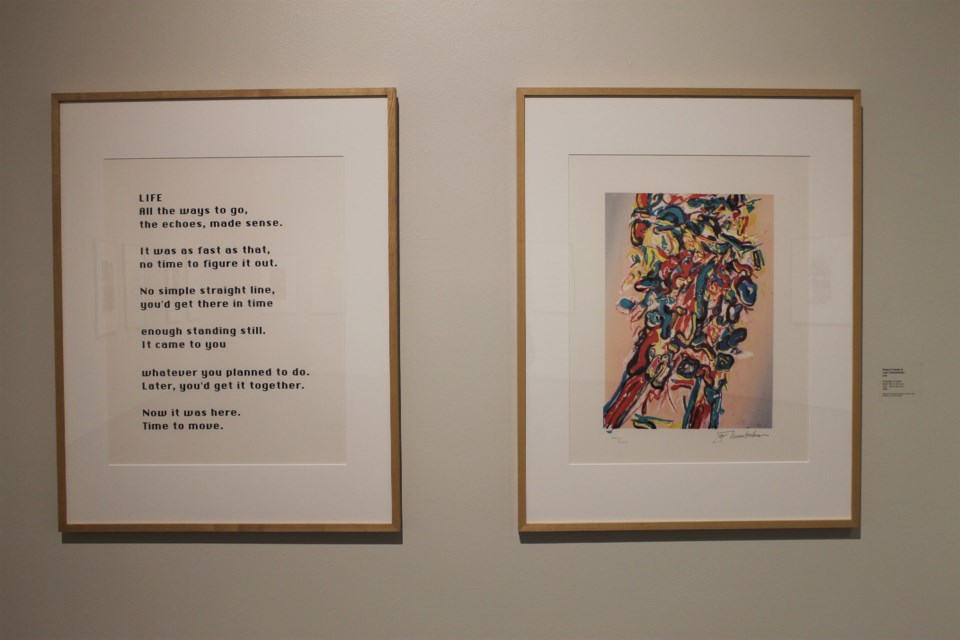 “Life” by poet Robert Creeley and artist John Chamberlain. / (photo by Larissa Kurz)
This exhibition is a collaborative series of prints and poems put together by artist Chamberlain, known for his crushed car sculpture works, and poet Creeley, who was one of the Black Mountain poets.

Chamberlain and Creeley first met at Black Mountain College in the 1950s, where they forged a friendship that extended for decades and influenced both of their practices as artists.

Famous Last Words is a collection of lithographs by Chamberlain and poems by Creeley that commemorate their connection to one another, said McRorie.

“It's hard to tell which came first. I think in some cases the poem was first and then John Chamberlain responded with a print, but some I think were vice versa as well,” said McRorie. “It’s a really interesting collaboration.”

The works are part of the MJMAG’s Permanent Collection and McRorie arranged the installation in partnership with the Saskatchewan Festival of Words, who will be showcasing it as an online feature as part of their festival schedule this July. 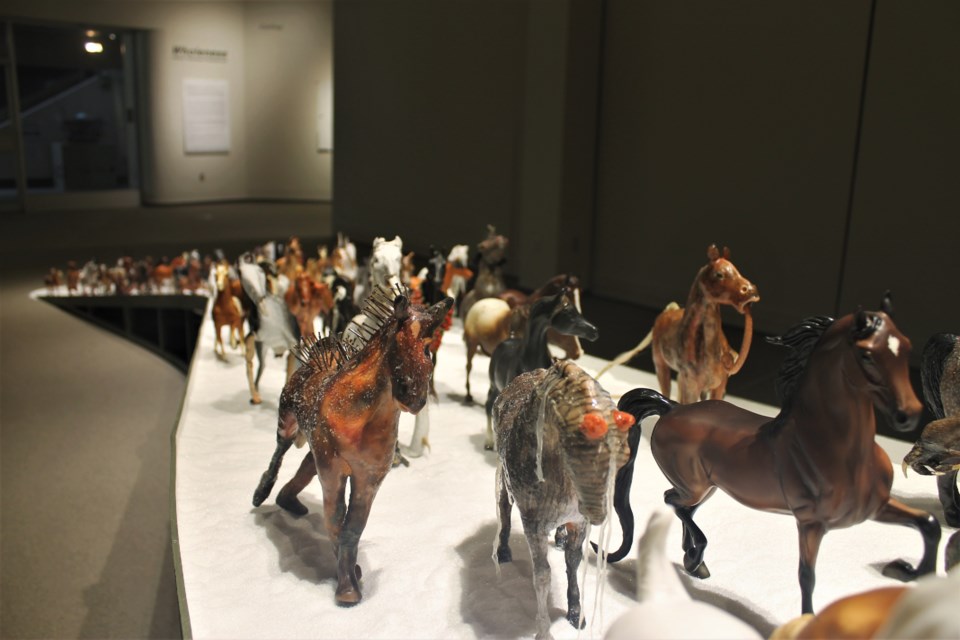 “It's kind of like a fairy tale. There’s glittery snow on the route the horses are running up and they leap into the void of the gallery wall, so you’re not sure where they're journeying to and it’s up to you to decide,” said McRorie.

Thorneycroft has altered half of the figurines into mythological or fairytale creatures in a state of “otherness,” to show meaning in transformation and transcend the norm.

“In a playful way, she’s dealing with difference,” said McRorie. “Some have wheels to help them move, to take that journey with the others and so they’re vulnerable [and] so I think she’s really trying to embrace difference and put it at the forefront.”

The MJMAG recently held a virtual discussion with Thorneycroft about her work as an artist, which is available to view on the gallery’s website.

Virtual tours of all three exhibitions are available online at mjmag.ca, and the gallery is open to visitors Tuesday through Sunday from 1 p.m. to 5 p.m. All three shows will be on display until Aug. 15.