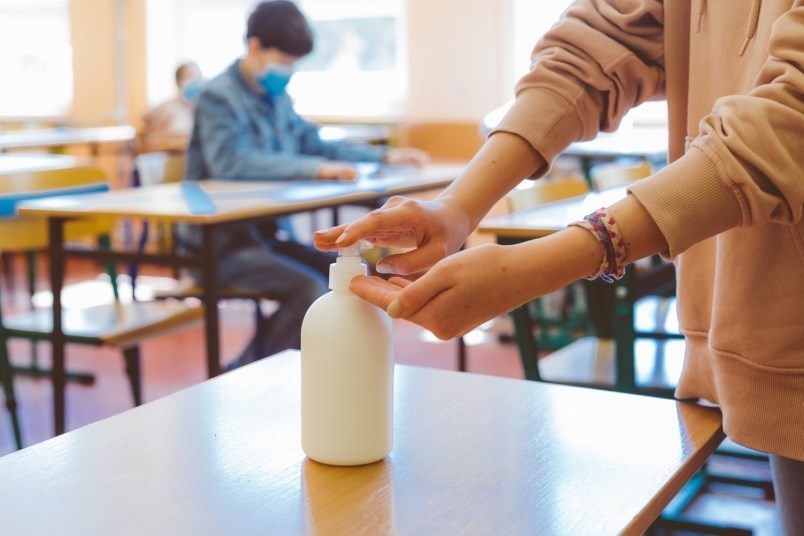 The first week of school was a big learning curve for most students and staff, as they had to adapt to new ways of doing school because of the pandemic.

The Moose Jaw Express spoke to several schools to find out how the first week went and what their goals are for the year.

The first week went well and staff was excited to welcome back students, said principal Dustin Swanson. Many students were also thrilled to return, as they could see their friends again and reconnect with teachers.

“The students have been amazing (in responding to new pandemic rules). They’ve been fantastic at understanding all the protocols the division has in place in our schools,” he remarked, “and have done a great job of following those procedures with hygiene and masks.”

This approach will work great in some content areas, while it may not work in other areas, said Swanson. It might be challenging for some students if they have calculus and biology in the same semester, which is a heavy academic load.

“There’s some drawbacks for sure, but safety is paramount,” he continued, while it allows schools to control cohorts in the morning and afternoon.

The goal of the first month is to return to learning and focus on starting simply and safely, explained Swanson. This includes ensuring students come to class, that they have the supports they need, that the environment is optimal for learning, that students are engaged and that teachers develop relationships with their pupils.

“We haven’t been with our students for upwards of close to six months, and so (we’re) working hard to connect with those students and families and make sure we have positive experiences this year,” he added.

Future objectives are to have the social aspects of school return, said Swanson. This includes fun activities and celebrations that could bring back traditional high school experiences.

This is Swanson’s ninth year as principal at Peacock and he joked it has gone by quickly. Two big changes he’s seen is how influential technology has become in the classroom, while there has also been a shift toward being more student-focused.

“I’m not going to lie, there were some kinks and a lot of learning happening (during the first week), so that’s great,” said principal Joyleen Podgursky, “but the kids were so happy to be back. You could see the smiles and enthusiasm.”

Following the new safety protocols is the No. 1 focus for the first few weeks, which includes new routines and more cleaning and hygiene, she continued. Kids are used to routines at school, so they and staff have to be reminded of these new ways.

The goals this year are to improve students’ writing and help them read at grade level. Staff will also work to ensure students feel safe and welcome. This includes reminding students of the reasons for the new procedures.

To stay healthy and engage in a team-building exercise, almost every staff member participated in the Regina Queen City Marathon virtually by running in Wakamow Valley, Podgursky added. Everyone did great, while many staff set personal bests and everyone cheered each other during the relay.

“We have new areas on our playground because (students) have to stay in their own little cohorts. They’ve been really good about staying where they need to be,” she remarked.

Each year the school has a learning goal and an “I belong” goal, Cyrenne explained. The latter goal is usually taken from a school survey conducted yearly. However, this year the “I belong” goal will focus on students’ emotions around the pandemic, with counsellors working with individual classrooms.