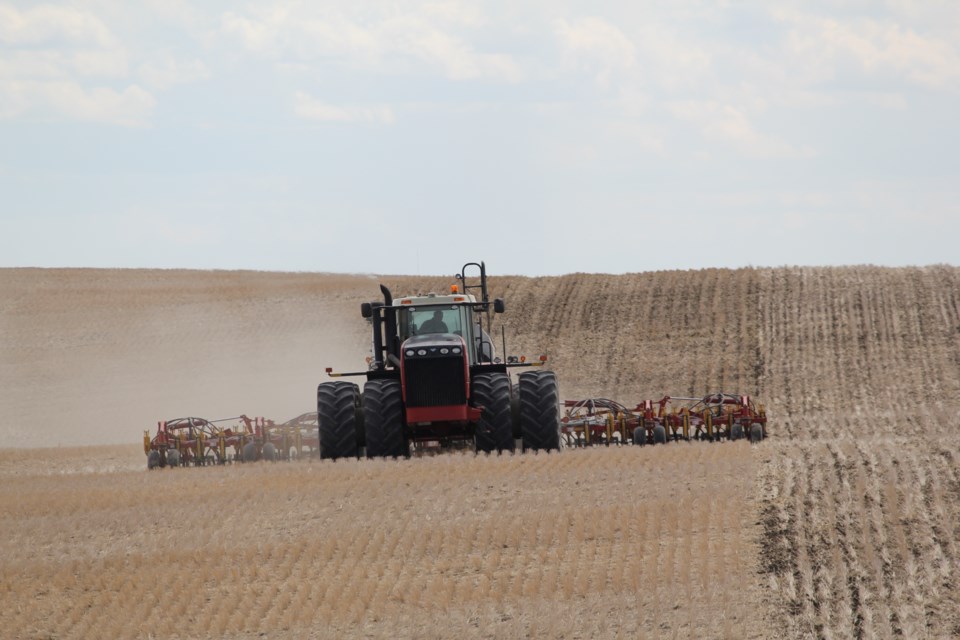 Saskatchewan farmers are about two-thirds finished seeding this week. (supplied: Ministry of Agriculture)

Saskatchewan producers are making headway on spring seeding according to the most recent crop report from the provincial government for the week of May 11-17.

Around 74 per cent of the 2021 crop is now seeded, which is ahead of the five-year average of 48 per cent at this time of year.

Producers are ahead of schedule thanks to fair weather and minimal rain causing less prolonged delays in their seeding efforts this spring.

Crops that are being seeded include field peas and lentils, which are both 93 per cent finished, durum and chickpeas both at 83 per cent, spring wheat at 80 per cent, canola at 78 per cent and barley at 75 per cent.

Some producers are halting seeding canola until rain is in the forecast, and other have decided to seed wheat or cereals instead due to low conditions.

Very little spraying is occurring as well, due to a low presence of weeds and continued strong winds.

Scattered rainfall occurred in most regions of the province this week, although not enough to satisfy some areas. The majority of southern Saskatchewan, including Moose Jaw, Assiniboia and Swift Current areas, have received trace amounts of precipitation this week.

Producers say that more rain is needed to address the extremely dry conditions most regions are currently experiencing.

For areas in the province that have seen low precipitation, crop germination has been poor and patchy.

Cropland topsoil moisture is currently reduced due to lack of precipitation and warm windy conditions, with zero per cent rated at surplus, 20 per cent adequate, 48 per cent short, and 32 per cent very short.

Hay and pasture land topsoil moisture is also currently low, with zero per cent rated at surplus, 13 per cent adequate, 36 per cent short and 50 per cent very short.

Moose Jaw and Assiniboia area both fall under the rating of short topsoil moisture conditions.

Similar wind and low precipitation conditions were also reported at this time last year, according to past crop report data.