Thanks to the impact of COVID-19, Saskatchewan's budget is looking at a deficit following a drop in revenue and an increase in health care funding
Jun 15, 2020 5:14 PM By: Larissa Kurz 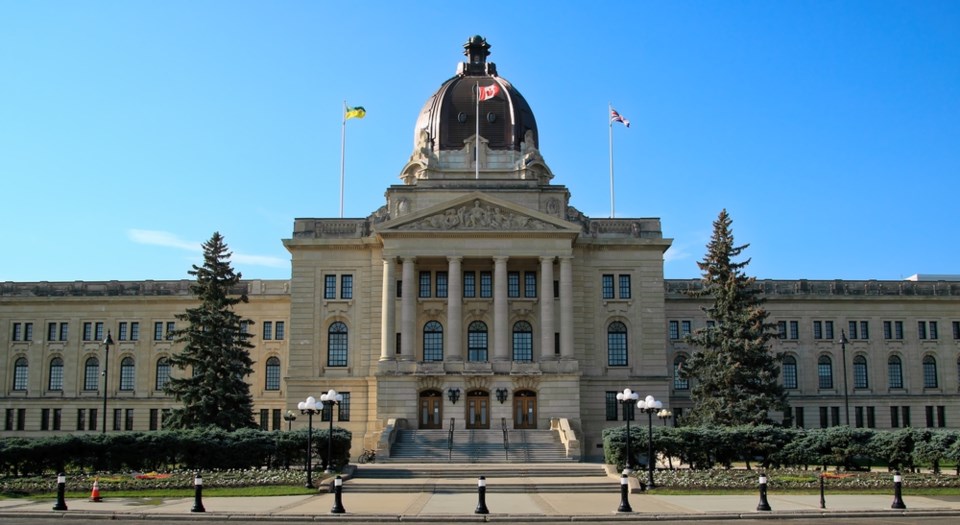 Finance Minister Donna Harpauer and the provincial government have released the financial budget for 2020-21, stating that this year’s bugdet is designed to meet the challenges Saskatchewan is facing due to COVID-19.

“Our government is helping support people through the pandemic and investing to stimulate our economy and create jobs,” said Harpauer, in a press release. “Every province, every jurisdiction in the world has seen its economy and finances hit hard by the pandemic. Saskatchewan is not immune, but we are better positioned than most to provide the support people need to get through the pandemic and see our economy recover and jobs return.”

Harpauer has announced there will be a forecasted $2.4 billion deficit for the 2020-21 budget, attributed to a decrease in revenues and an increase in additional costs related to the ongoing pandemic.

Revenue is forecast at $13.6 billion, down eight per cent from last year. The budget is allocating $16.1 billion in spending for the coming year, a seven per cent increase from last year.

It is the largest deficit in provincial history, surpassing the $1.2 billion deficit in 2016-17, and Harpauer says that the province was looking at a surplus budget until the combined effects of the pandemic and oil price collapse.

“This is a pandemic deficit, not a structural deficit,” Harpauer said.  “Prior to the pandemic, Saskatchewan was on track for balanced budgets last year and this year, and I am confident that as Saskatchewan’s economy recovers, our revenues will also recover and we will get back to balance in the coming years without having to cut programs and services.”

Provincial debt is still on the rise, with operating debt at $7.3 billion and public debt at $24.3 billion — up from $21.6 billion last year.

It is going to be a multi-year fix, said Harpauer, for Saskatchewan to reach a balanced budget once again.

“We have the ability to invest in the priorities of Saskatchewan people. Our people are strong, our economy is resilient and we have the solid base we need to bring our budget back to balance over time. We will develop a plan to move forward. We faced the pandemic, together. Now we are re-opening our province, together. And we will rebuild and recover together,” said Harpauer, in a press release.

This year’s budget is largely focused on supporting the Saskatchewan economy after the pandemic, while also including the health sector and social assistance supports.

Funding for mental health and addictions will total $435 million, and $1.49 billion for social services and assistance, including a $30 million increase to enhance the range and delivery of child and family services, as well as a $10.9 million increase to allow third-party providers to give services to the community.

Adults currently receiving income assistance will also receive a one-time $50 payment as part of a $6.3 million dedication of funding, in addition to the $1.1 million in respite payments allocated to individuals caring for people with intellectual disabilities.

Education will be receiving $3.36 billion in funding, an increase of 2.4 per cent from last year, with an increase of $42 million in operation funding, part of which is to ratify the teacher’s collective bargaining agreement.

The government’s capital plan is also moving into the first year of economic stimulus projects, which received an additional $2 billion in funding to be used over the next two years. This is in addition to the previously planned $5.5 billion.

The 2020-21 budget has allocated another $900 million in new support to deal with the economic effects of the pandemic.

This includes a $200 million contingency fund to address difficulties caused by the pandemic further down the road, and an additional $7 million to the judicial court system and inmate facilities for pandemic responses and technological upgrades.

There is also $50 million in funding for the Saskatchewan Small Business Emergency Payment rent relief program and a $2 million program for Saskatchewan residents who are forced to self isolate for two weeks but are not eligible for any federal income support program.

The budget also includes $50 million in emergency pandemic support for First Nation and Métis organizations, in the form of the Emergency Pandemic Response Gaming Grant. Of the total funding, $45 million will be for community organizations struggling following casino closure and $5 million to community initiatives.

In addition, the provincial government has committed funding to several cost-sharing programs with the federal government, including $2.8 million to the Temporary Wage Supplement Program, $12.6 million to the Canada Emergency Commercial Rent Assistance program, and $7.5 million to the AgriRecovery program.

The 2020-21 budget has also introduced the indexation of the personal income tax system, beginning in the 2021 tax year, to limit bracket creep or inflation increases for taxpayers.

The Sask. government is also introducing a PST rebate for new residential house construction, to stimulate the housing market and construction industry, as well as a new tax credit of 15 per cent to investments in the chemical fertilizer sector.

The Municipal Revenue Sharing Program received an increase of $27 million in funding, for a total of $278 million this year.

Opposition leader Ryan Meili was quick to offer criticism of the place-holder budget, saying it fails to address the needs of the Saskatchewan people directly.

“This budget shows that Premier Moe has no idea how to bring about a recovery that works for people,” said Meili in a press release. “There’s nothing here for seniors, nothing for childcare, no money for safely reopening and resourcing schools for a pandemic, falling per-student funding for students, and no commitment to hiring Saskatchewan workers and Saskatchewan companies to build our infrastructure.”

NDP finance critic Trent Wotherspoon also shared concerns over the shortness of the budget, and called on the Sask. Party for more transparency regarding the economic and fiscal forecasts and projections for the remainder of this year.

For the full details of the provincial government’s 2020-21 fiscal budget documents, visit the government website.