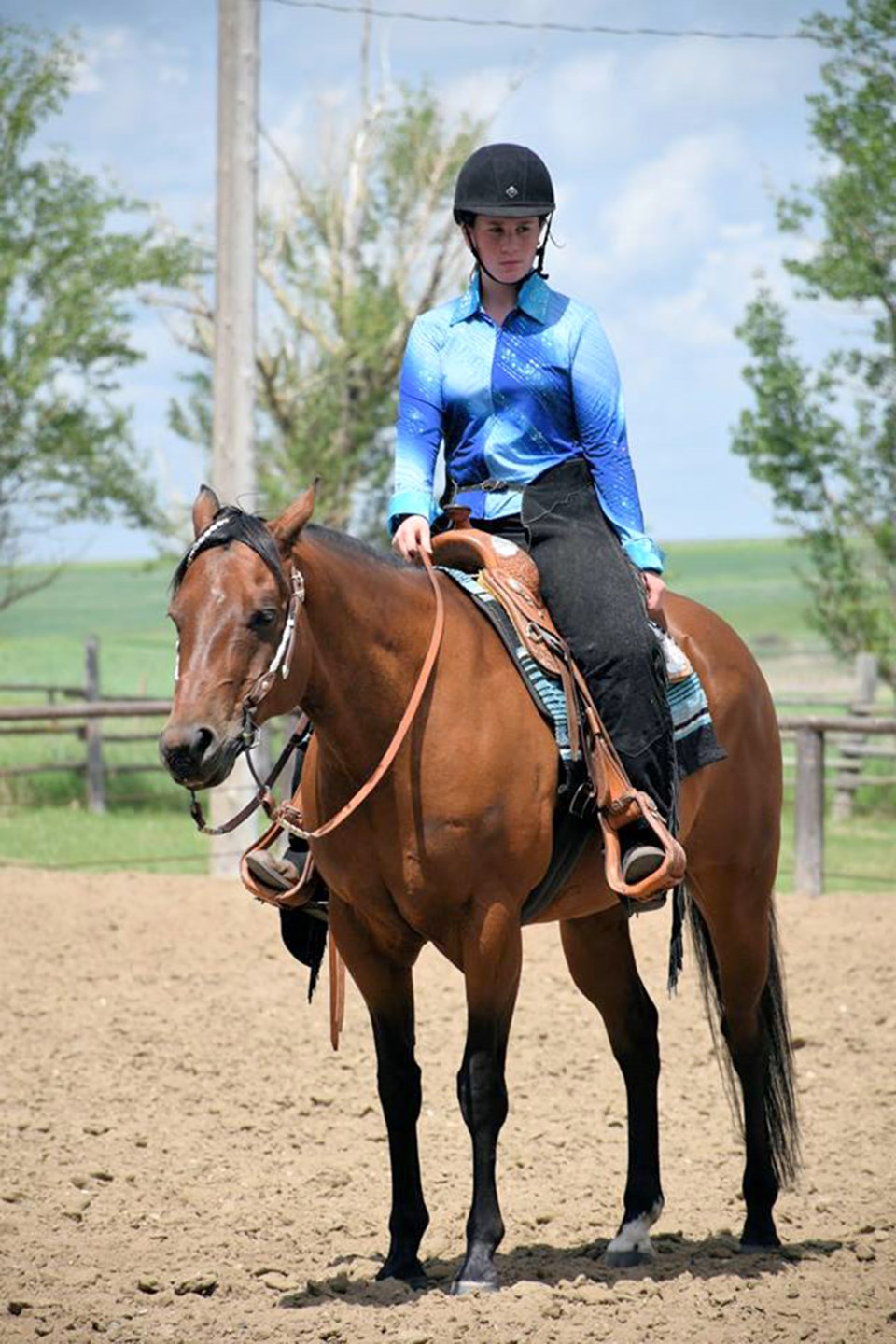 Rowe and mount R Taxes Wrong are coming off a stellar season both provincially and nationally after winning numerous honours at the Saskatchewan Horse Federation provincial awards ceremony to go along with an amazing series of performances at the Canadian National Appaloosa Show that saw her come home with a host of top finishes.

Not bad for a 13-year-old rider working with a soon-to-be 10-year-old horse, and a solid reward for the hours spent working with Taxi leading up to the events.

“We’re never really expecting anything because a lot of the kids have expensive horses, where she just got one when he was young and she just kind of did the work herself,” said Emily’s mom Melissa Rowe. “It’s kind of cool to see her picking up her dreams and doing what she wants. She’s pretty focussed, and it’s fun to see her and Taxi doing so well.”

At the recent Sask. Horse Federation awards, Rowe won the provincial Western riding junior award to go along with the All-Around champion for the junior division.

That was only the capper on what was a breakthrough performance in Western riding at the CNAS nationals – Rowe and Taxi landed in first place in the Youth Western Riding 18-and-under class to go along with top spot in the Youth Western Showmanship 13-and-under division, in addition to being named the reserve national champion in Open Ranch Trail. That’s on top of numerous top three finishes in other events ranging from Hunter and Trail riding to barrel racing.

Making things all the more interesting is Rowe only recently took up Western riding, having spent about a year working with Taxi to prepare for competition. The results have even shown themselves on the world stage, as Rowe is tied for fourth in the world-wide Western rankings based on her point totals from last summer.

“It’s one of the more difficult classes because you’re asking horses to do flying lead changes and things like that,” Rowe said. “It’s a pretty intense class, so it’s great to see they’ve been able to pick up on it so quickly.”

The key now will be to prepare for another season and ideally have a shot at travelling to the world championships in Texas in the future. To that end, sponsors would be more than welcome to help out with the myriad of expenses in the competition.

“She just wants to keep working towards saving money for worlds, especially when she’s at the top of her age group,” Rowe said. “Vantage Trailer in Alberta took her on as an ambassador last year, but it was only a single year program. So any new sponsors would definitely be a help.”

The competition schedule gets underway in earnest in March and runs through early October.