Rosie's received the most votes while the polls were open, taking home the People's Choice Award
Apr 11, 2019 4:34 PM By: Larissa Kurz 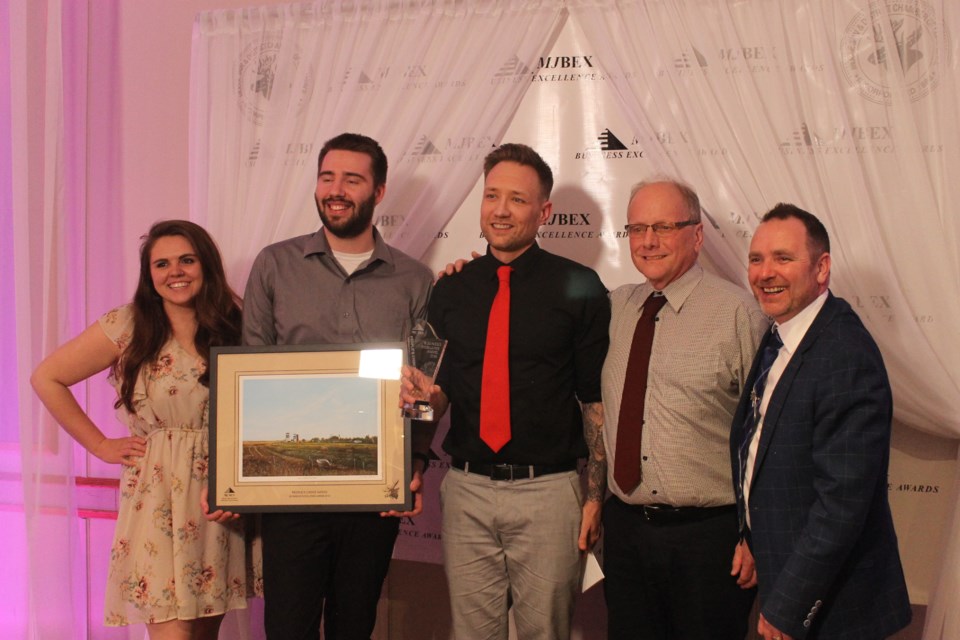 One downtown restaurant proved it has a loyal following at the MJBEX Awards, as Rosie’s on River Street was presented with the People’s Choice Award after all the votes were tallied. 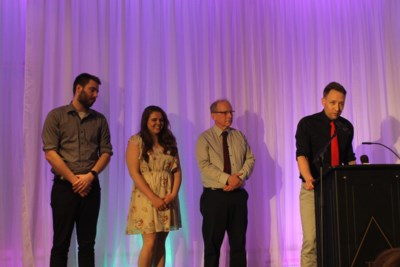 The team from Rosie's on River Street, proving social media marketing works with their MJBEX Award.
The category was one open to the public to express who they felt should be recognized for their engagement with the community and loyalty to their business. Over 4,800 votes were cast while the poll was open, during the two days leading up until the awards started at 7 p.m.

Rosie’s won the title and managing partner Chris Schubert accepted the award, along with a group of Rosie’s staff.

“It's really great to win an award that's voted on by the people of Moose Jaw,” said Schubert. “And in general, it's just an honor to be included with the rest of all of these amazing companies in Moose Jaw.”

He feels as though the online presence that Rosie’s has played a huge part in the win, as well as the dedicated and connected staff.

“We have quite a loyal following and our staff are all pretty connected online too, so they all got their followers to vote for us,” said Schubert. “Yeah, it definitely was a huge influence.”

The online aspect to this year’s awards was new, and Schubert thinks it has increased traffic on Rosie’s social media and done its part to expose the business to new followers. The last six months have already seen an increase in business and Schubert hopes to see that growth continue with this award on the books.

“It's been awesome. Especially in the last six months or so, I feel as though the bubble's burst,” said Schubert. “In Moose Jaw, if they haven't heard of us before then they definitely know about us now.”