Joyce Walter has never developed a taste for haggis but is looking at new recipes
Feb 3, 2019 9:50 AM By: Joyce Walter 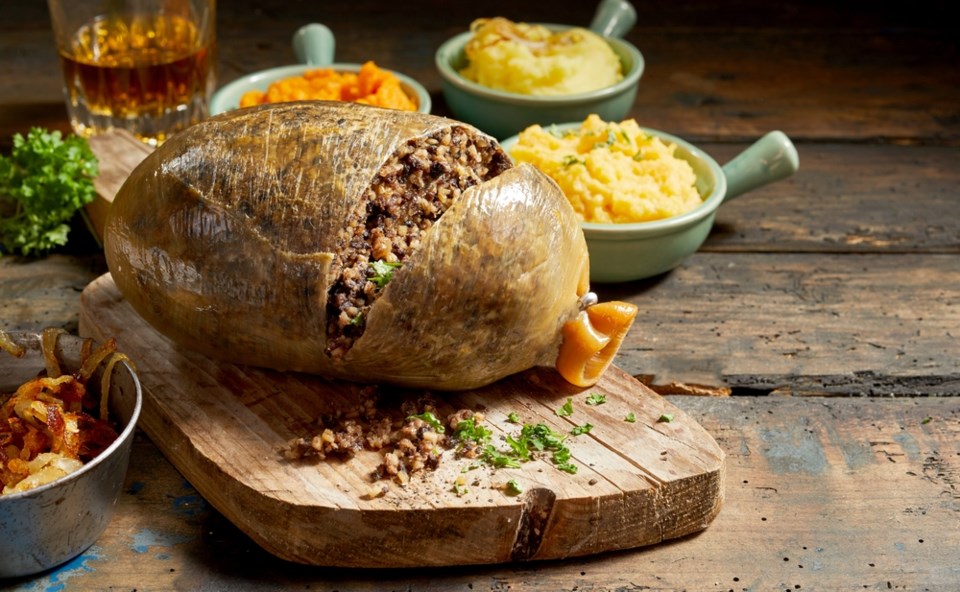 Traditions are hard to shake, in many forms of our lifestyles. Traditions are familiar and comforting, and sometimes moving out of those traditional familiarities is just too much to handle.

And so as inspirational speakers would say, we continue doing what we’ve always done, never being surprised at the resulting outcomes.

Such is the case with fruit cake and haggis, two traditional items normally associated with a certain season and reason. I have seldom put them in a common thought and only do so now to report on a trend that is sweeping some parts of the world.

At Christmas time I pondered why such festive cakes are only eaten in December, when those of us who love them would eat them at other times of the year, whenever they are available.

If prepared in February, they could be Valentine’s Cakes; at Easter, how about Happy Bunny Cakes or Resurrection Cakes; for July 1 we might name them Canada Day Celebration Cakes, filled with an extra number of red cherries. Then there’s Thanksgiving tributes in October, Remembrance Cakes in November in memory of cakes sent to soldiers overseas, and then that brings us right back to December and Christmas cakes.

By tradition, haggis has always been associated with the Scottish celebration of Robbie Burns Night, where it is addressed and toasted and served with a flourish. With no disrespect to my Scottish friends or lovers of haggis, I have to admit that I have never gained a favourable taste for the dish, perhaps because I have only been exposed to it occasionally in late January, thus not often enough to have it grow on me as something I’d enjoy eating.

Then a story appeared in a national newspaper that explained that haggis is no longer just enjoyed for the birthday of Robbie Burns. It is eaten like gangbusters at other times of the year now and has come out of the darkness of the sheep’s stomach to appear in a variety of forms and in dishes that would be surprisingly unexpected, if one needs a descriptive slogan.

Haggis containing sheep lung had been banned from Canada and the United States since 1971, fearing the spread of tuberculosis. The ban was lifted in 2017 upon a variety without lungs being made available.

Now companies in Scotland are looking for space in major Canadian supermarkets and a vegetarian blend is being offered to the United States.

With this successful marketing, haggis has become an ingredient in such items as sausage, lasagna, bagels, pies, doughnuts and even poutine. In a recent haggis competition as part of 2019 being The Year of the Haggis, the winning entry was a haggis cupcake made with potatoes and turnips. Yum.

I’m told I might be able to incorporate haggis into one of my Christmas cake recipes to meld two traditions into an interesting way to celebrate two occasions in one fell swoop.

I will be on the lookout for such a recipe and for a package of Scottish haggis that hasn’t been cooked in a stomach. I’m thinking outside that proverbial box.