The Saskatchewan provincial government has presented the 2021-22 budget in Legislature today
Apr 6, 2021 3:31 PM By: Larissa Kurz 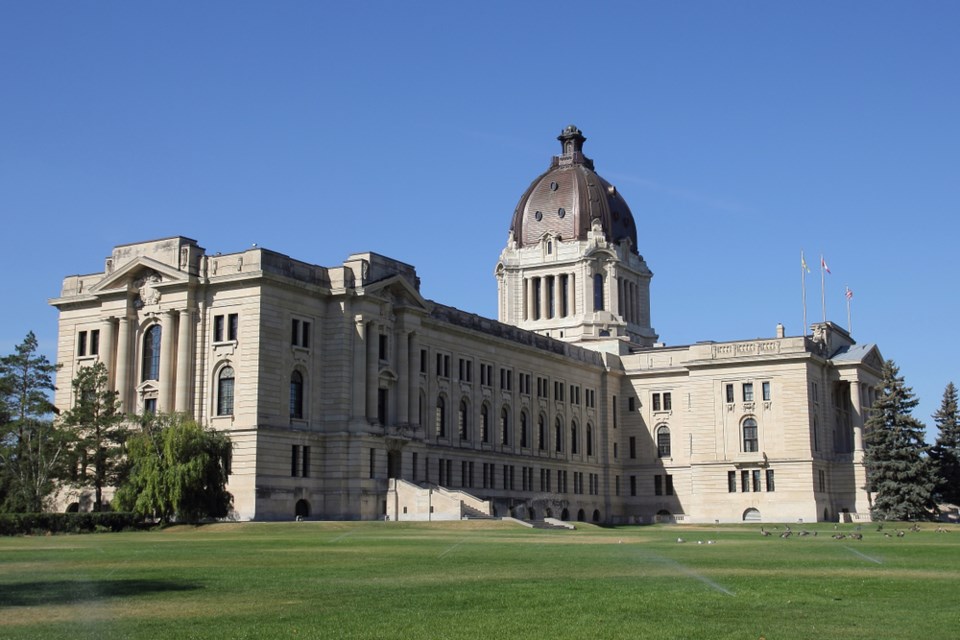 Saskatchewan’s finance minister and deputy Premier Donna Harpauer tabled the 2021-22 budget this afternoon, which details the province’s plans for a continued COVID-19 response and further investments into health and education sectors.

Harpauer reported that the forecasted deficit for the 2021-22 fiscal year is $2.6 billion, with a total of $3.1 billion in capital spending on the horizon. The deficit projection is larger than estimates made for 2020-21, which was then labelled as the largest deficit in provincial history.

The provincial government is now anticipating a return to a balanced budget won’t occur until 2026-27, with deficits projected for the next four years due to increased spending needs caused by the pandemic.

Saskatchewan’s GDP is forecasted to grow by 3.4 per cent, and Harpauer said further recovery is anticipated throughout the year. Net debt in the province is the lowest in the country, tied with Alberta, and total public debt is projected to be $27.8 billion, an increase of $4.2 billion from last year.

Harpauer said the province will be making record investments into health care, education and social services in the budget this year, as well as working to support the economy through the shock of the pandemic.

This year’s budget is allocating $1.5 billion in COVID-19 support, after pledging $2 billion during last year. Another $1.3 billion in funding is already in place over the next two years, totalling $4.8 billion in COVID funding since the pandemic began in 2020.

Healthcare has a record-high budget of $6.54 billion, an increase of 5.8 per cent from last year, with capital investments in the sector set at $162 million.

Of the healthcare budget, $90 million has been allocated for the province’s COVID-19 response, which will cover the vaccine rollout, purchase of personal protective equipment, contact tracing services, expansion of testing and laboratory capacities, and long-term care supports.

The SHA will receive a $3.96 billion grant, a six per cent increase from the previous year, and a record investment of $458 million into mental health and addiction services. This includes $7.2 million for targeted services for youth, suicide prevention and harm reduction treatments, and $16.2 million for hospital-based mental health services.

Long-term care supports will total $18.3 million, with the province spending $6 million to hire an additional 100 continuing care aides. Investments into an 80-bed long-term care facility in La Ronge and another facility in Grenfell have been approved, as well as funds for facility planning in Estevan, Watson and Regina.

As promised during the past election campaign, the province will be expanding the Autism Spectrum Disorder program and the Saskatchewan Insulin Pump program, as well as reducing ambulance fees for seniors.

Education spending in the budget will be $3.75 billion, up more than 11.6 per cent from last year, with the province’s schools divisions receiving $1.96 billion in operating funding.

Part of the budget allocation will fulfil the two per cent wage increase negotiated in the teacher’s collective bargaining agreement, and capitol investments will support the building of 16 new schools and the renovation of five existing schools across the province.

About $20 million in Safe Schools funding from the provincial and federal governments will carry over from the previous year, provided as COVID support.

An additional 227 licensed childcare spaces will be created in the province, as part of the government’s four-year platform to increase childcare access, at a cost of $75.5 million in 2021-22.

Post-secondary institutions will receive $678.5 million, an increase of 4.4 per cent, and an additional $39.8 million for student supports including the promised increase to the Saskatchewan Advantage Scholarship.

Social services projects will receive a 4.5 per cent increase in funding for a total of $1.56 billion this budget, which will be allocated to cover changes in several support programs for the province’s most vulnerable residents.

Funding for the justice system will focus on the Saskatchewan Public Safety Agency and the development of a police oversight body, while also providing $4.3 million to courts and correctional centres for pandemic-related safety measures.

The Saskatoon Correctional Centre has received a $55.8 million investment to build a remand centre and expand the urban camp on site.

Development of a gang violence reduction strategy has been granted $3.2 million, and another $110,000 will fund a police and crisis team (PACT) in Estevan.

A total of $830 million will be invested in highway infrastructure, including the planned construction of passing lanes, highway twinning and other road projects. These upcoming projects will affect an estimated 1,350 kilometres of highways.

The province will also be implementing an annual road use fee of $150 for electric vehicles, paid at the time of registration, which will come into effect beginning in October. With 403 electric vehicles already registered with SGI, Harpauer said the estimated annual revenue will be over $600,000.

Municipal infrastructure investments will total $244.6 million, and investment into Crown corporations will be $1.6 billion this fiscal year. SaskPower, SaskEnergy and SaskTel have pledged funds to conduct system improvements to better their services.

The province has also planned for $3.8 million in royalty relief to help gas and oil producers invest in methane emission projects, and will be using $9.3 million this year to establish new international trade and export offices in China, India, Japan and Singapore.