Spat over MAGA hat at Peacock Collegiate ends in resolution

All parties moving forward after disagreement between student and teacher at Peacock over a "Make America Great Again" hat
Feb 8, 2019 10:30 AM By: Matthew Gourlie 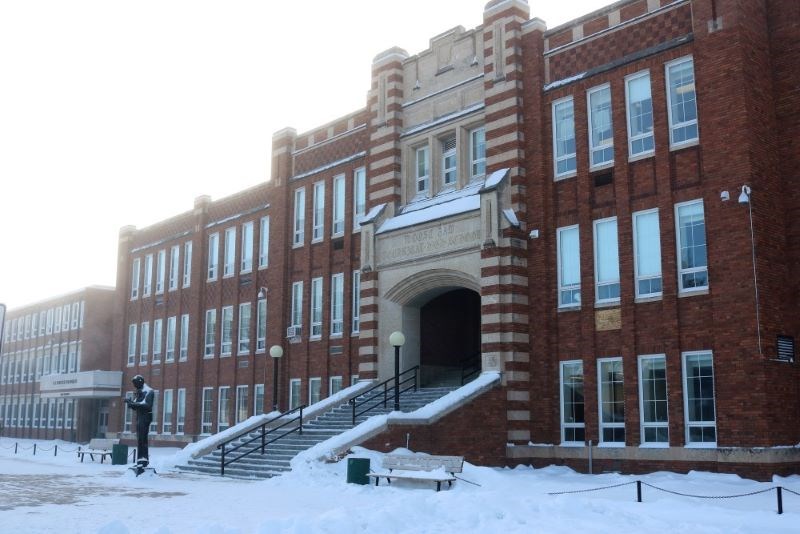 An incident involved a teacher and a student is gaining plenty of attention on social media, but Tony Baldwin, director of education for the Prairie South School Division is pleased with how the school reacted to the incident.

A Peacock student wore a red "Make America Great Again" hat that featured U.S. president Donald Trump's presidential campaign slogan, and which have become ubiquitous among his supporters, to class. Subsequently, he and his teacher got into a disagreement about the meaning behind the hat.

"We've got 400 teachers and 6,500 kids working in schools all over the place and from time to time we have little bumps in the road and that's what we had last week at Peacock," Baldwin said. "From my perspective, we had a bump in the road and it was really well managed by the principal and the teacher and the student and the student's family. It's over and done with."

Monday there was a follow-up meeting with all of the parties and Darin Baumann, the father of the student, said everyone is putting the incident in the past.

"The teacher has apologized and we are satisfied that going forward there will be respect on both sides when people offer a different point of view," Baumann said.  "My wife and I hope the political dialogue continues so that children are offered different points of views and can learn from one another and the teachers as well. We live in polarized times and we all need to learn to be more tolerant of other points of view, myself included."

The incident was discussed on John Gormley's radio program Monday in Regina and that set off a lot of strong reactions from his listeners and elsewhere online.

"It was on its way to be completely solved before any of that (social media reaction) happened," Baldwin said. "I use social media for recipes, but it's not a real good place to find out factual information about what goes on in schools."

There was no punishment taken by Peacock with anyone involved.

"In general I don't talk about disciplinary things, but I can tell you there was absolutely no disciplinary action taken against either the student or the teacher. That was never in the conversation," Baldwin said.

Baldwin said that the issue was resolved at the school level and that it is rare the Prairie South gets involved in matters of this nature.

"Most of the time when we have things happening in schools connected to student learning or student relationships or student engagement; 99 per cent of those are managed at the school, as this one was," Baldwin said. "If somebody isn't satisfied with the work that the school does, we have an operational superintendent who supports every school in the school division. People can talk to that person and if they're not able to help, people can talk to me.

Baldwin praised Peacock principal Dustin Swanson in how he dealt with the situation and said being a principal is a really complex role in schools in 2019.

"Social media adds to the complexity. A lot of the time they're dealing with partial information, in the same way that people who are reading about stuff on Facebook are, and so it's really important that our folks who are administrators at schools are able to suspend judgement and do a little bit of poking around and get the full information before they make a decision," he said. "In this case Dustin did a great job of doing that work and keeping the family well informed and being a supportive principal for the student and the teacher. It was a good example of the school doing exactly what it needed to do."

The latest numbers on COVID-19 in Canada for Tuesday, Nov. 24, 2020
Nov 24, 2020 8:00 AM
Comments
We welcome your feedback and encourage you to share your thoughts. We ask that you be respectful of others and their points of view, refrain from personal attacks and stay on topic. To learn about our commenting policies and how we moderate, please read our Community Guidelines.