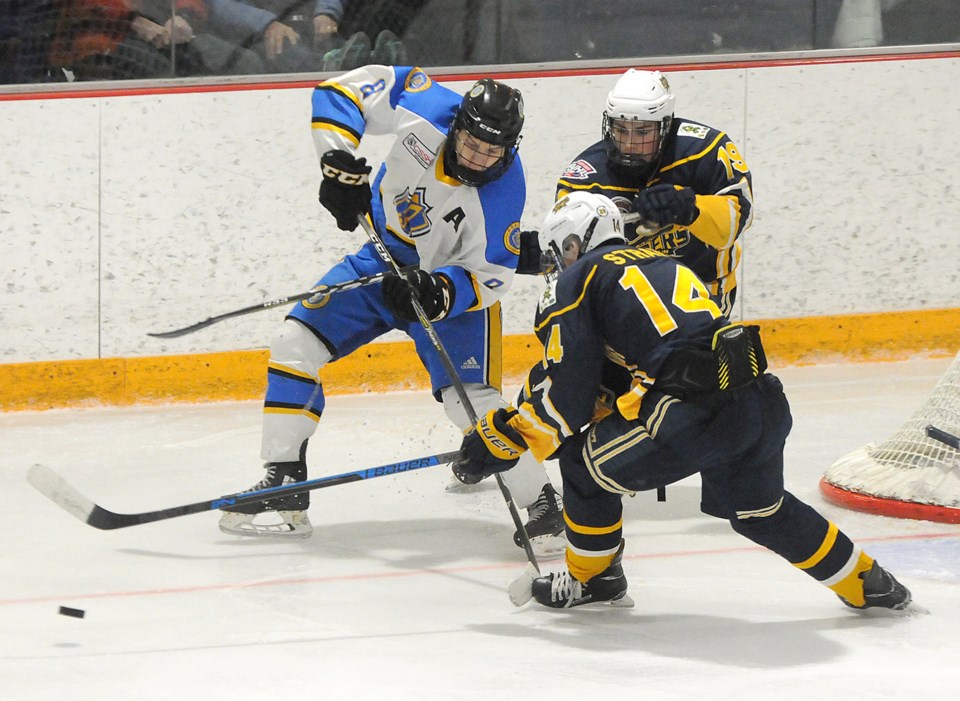 The PHA will be back on the ice playing games at the end of the month.
The Prairie Hockey Academy will have a chance to see game action after all.

With the Canadian Sport School Hockey League on hiatus and the SHA banning out-of-province travel in their return-to-play guide released last week, the Cougars put together a plan with the SAAHL for their U16 and U17 Prep teams to take ice in a special six-team mini-league beginning Nov. 6.

There won’t be any official championship on the line and things will wrap up at Christmas, but just the chance to take the ice is as positive as can be.

“We’re excited, we’ve been training for a long time, since the first day of school, so it’s great to have a chance to play some games,” said PHA president Justin Simpkins. “We’ve had some great coaching from our staff and guest coaches Dave King and Mark O’Leary, and the guys’ morale is pretty high now that they know we’re going to go out and play.”

The PHA will take the ice alongside the Notre Dame U16 and U17 CSSHL squads, with Swift Current and the Regina Capitals rounding out the mini-league. They’ll play a pair of exhibition games in late October, with their first regular season contest on Nov. 16 and the 12-game mini-league wrapping up on Dec. 17. What happens after that depends on the CSSHL and the state of the ongoing pandemic.

“I think the SHA and Larry Kienas (SAAHL president) have been great helping support us and getting us some games for our student athletes,” Simpkins said. “Just getting the opportunity to play some games here is great, it’s going to help with the excitement for the athletes and keep them engaged.”

The Cougars have been anything but idle. School work and practices have keep them busy, but the lack of games has been less than ideal. In a normal season, the two teams would have already have had close to 10 games each under their belt.

“It’s important that they get a chance to compete, it helps them measure their development and what they have to work on,” Simpkins said. “At the Academy, we’re really focussed on development, and it’s just like writing a quiz, you can only go to class for so long before you need a test to see what you’ve learned… so we’re looking forward to getting out there and seeing how things look.”