Phase Four of reopening continues next week, including changes to existing restrictions

Phase Four of the reopening plan in Saskatchewan will continue on June 29, and some restrictions for parks have been lifted
Jun 23, 2020 4:23 PM By: Larissa Kurz 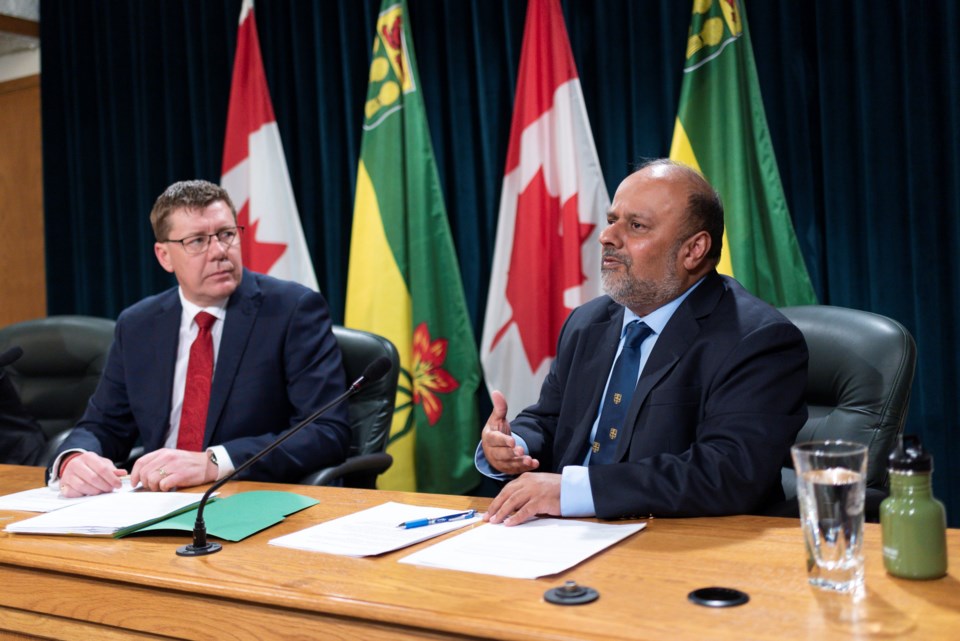 The next portion of Phase Four of the Re-Open Saskatchewan Plan is set to begin on June 29, says the provincial government, alongside a handful of changes to the restrictions currently limiting public spaces.

Beginning Monday, libraries, galleries, theatres, and museums will be permitted to reopen to the public provided they follow the guidelines laid out in the province’s plan.

Additionally, the government has lifted some of the restrictions on other activities in the province, after consideration from public health officials.

Beginning on June 26, provincial parks and campgrounds can return to booking at 100 per cent capacity for overnight stays and may reopen access to washroom and shower facilities with increased cleaning practices.

Locker rooms, shower facilities and change rooms at public beaches, golf courses and other fitness facilities will also be allowed to reopen to public use. This includes change rooms in retail businesses, which can begin operating at full capacity again.

Outdoor sports and activities can also start back up, provided that proper social distancing can be maintained. In cases where that isn’t possible, mini-leagues will be encouraged.

In the province’s daily press conference, Chief Medical Health Officer Dr. Saqib Shahab said that the reopening announcement was decided due to a number of factors, including the province’s low positive testing and low number of deaths.

Largely, he said, public health has trust that residents will continue to self-police their contact and maintain social distance even as more social venues open.

“Many places will have markers to remind us [to keep distance], but even if there’s no markers, we need to build that into our muscle memory [and] as long as we can maintain that discipline, we will continue to see cases and clusters here and there,” said Shahab. “I don’t think we can pretend that we won’t but as long as we see the occasional case or cluster, we can manage that.”

“We feel confident because the two-metre distance [technique] seems to be working, for the most part,” he continued.

The announcement follows the commencement of the first part of Phase Four on June 22, as well as an outbreak of COVID-19 in two Hutterite communities in the R.M. of Maple Creek earlier this week.

As of now, public health has not linked any COVID-19 cases to the large anti-racism rallies in various cities around the province over the past few weeks.

In addition to the updates, the province has also announced that restaurant staff, along with staff in fitness centres and personal care services, are now required to wear a non-medical face mask when they cannot keep a two-metre distance from customers.

Non-essential travel between provinces is still not recommended, said Shahab, although public health is working on creating a plan to address this issue.

“My general advice is to do more things locally than further from home,” said Shahab. “Having said that, if people do want to travel, they need to make sure to check what’s permissible in other provinces and plan ahead.”

Opening dates for the remainder of Phase Four, such as indoor pools and rinks, casinos, bingo halls, and indoor sports and activities, will be announced within the next two weeks.