A child who is competent with eating feels good about eating, can learn to like unfamiliar food, will go by feelings of hunger and fullness to know how much to eat, and can learn to enjoy meals and spending time with family
Jan 17, 2020 1:00 PM By: Jason G. Antonio 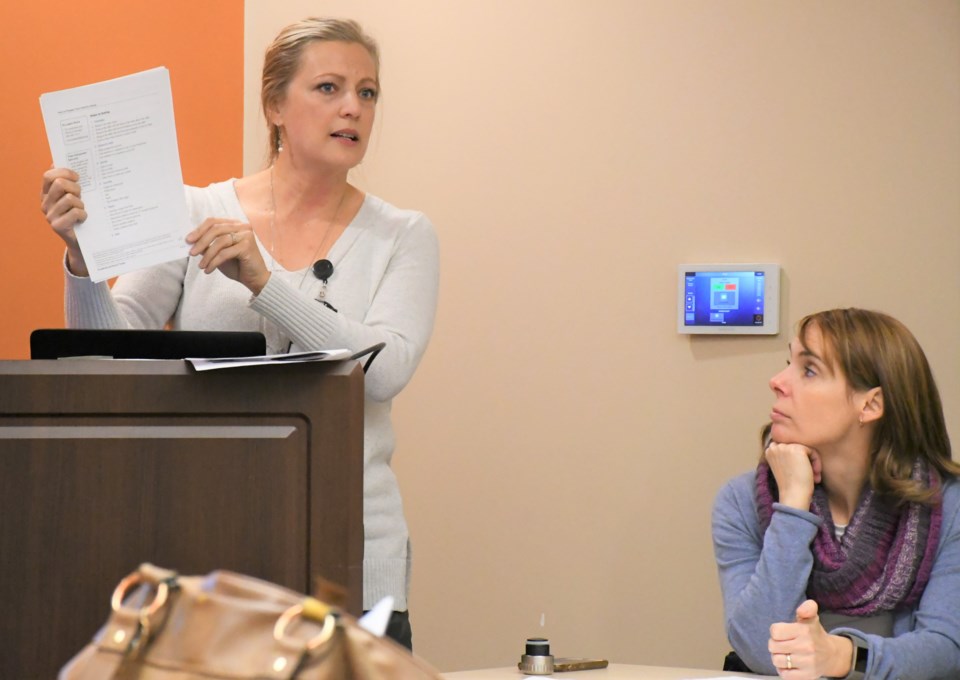 Mealtime can be challenging when children refuse to eat or co-operate at the dinner table, which can cause parents to do or say things that create more harm than good.

The challenges parents face could include: having a child who refuses to eat certain foods, reject what’s on the table, or is fussy with what’s presented; feeling as if bribery is needed to get the child to eat; experiencing stress when sitting down at the table; and wondering if the child is eating the right foods or the right amount.

While parents cannot force their child to eat, one of the best things to do is ensure the child is competent with eating, explained social worker Amy Cruz.

Cruz, along with public health nutritionist Melanie Warken, spoke to several parents on Jan. 16 at the Dr. F. H. Wigmore Hospital during a presentation about raising a healthy and happy eater. They presented strategies that parents and caregivers can use to ensure they understand their role and the child’s role in eating.

The information presented is a tool and resource to add to what parents already have, Cruz explained.

“It’s really been awesome in my house. My kids are a little bit older now, but this came right at the right time five years ago,” she added. “I can say it works.”

A child who is competent with eating feels good about eating, can learn to like unfamiliar food, will go by feelings of hunger and fullness to know how much to eat, and can learn to enjoy meals and spending time with family.

A video showed a toddler eating at a small table adjacent to the main dinner table. Afterward, Cruz pointed out it was a successful meal since everyone was sitting together and the child was eating and enjoying it. Although the child displayed some disruptive behaviours, those were normal.

“We want mealtime to be fun and enjoyable and everyone to leave satisfied and not angry or upset with one another,” she said.

Children can be erratic about eating; they may eat lots one day and little the next; they may eat only two or three foods from the plate; they may tire of their favourite foods and want to experiment with new foods; and they will rarely eat a new food the first time — except if it’s candy or French fries.

Another video showed a young toddler having a tantrum over what he had to eat. This happened, said Cruz, because the boy’s parents wouldn’t let him be independent in eating the food, causing him to be unhappy.

The parents performed “subtle pressures” with good intent — moving the food around the plate, adding more food, having the boy play with the food — but those actions failed since the boy felt stressed.

Forcing, bribing, coercing, nudging, applauding, rewarding, explaining, teaching, restricting, repeating and praising are all feeding pressures that can backfire when attempting to have a child eat certain foods, eat more or less, or avoid certain foods.

“They can seem harmless. (But) if we want someone to be a competent eater, they need to eat in a relaxed environment,” said Cruz. “We don’t want food to preoccupy the meal, we want good conversation.”

Parents can mess up a child’s biological ability to eat by applying pressure when enforcing food restrictions. Cruz noted forcing a child to eat by the rules, to eat certain foods first, to eat more or less, or to not let kids eat as much as they are hungry for, could make that child overweight. Children then become afraid of going hungry and overeat later.

“Children who get the message they are too fat feel flawed in every way: not smart, not physically capable and not worthy,” said Cruz. For example, girls younger than five whose “forbidden food” intake was restricted ate more and gained more weight by ages seven and nine.

Also, one big distraction is electronic devices, whether it’s the TV or cellphones.

“We need to consider what we’re doing to distract our kids at the meal,” Cruz added. “It’s important to make time to focus on the food. Unplug to tune into supper.”

More information on this topic can be found at www.ellynsatterinstitute.org.