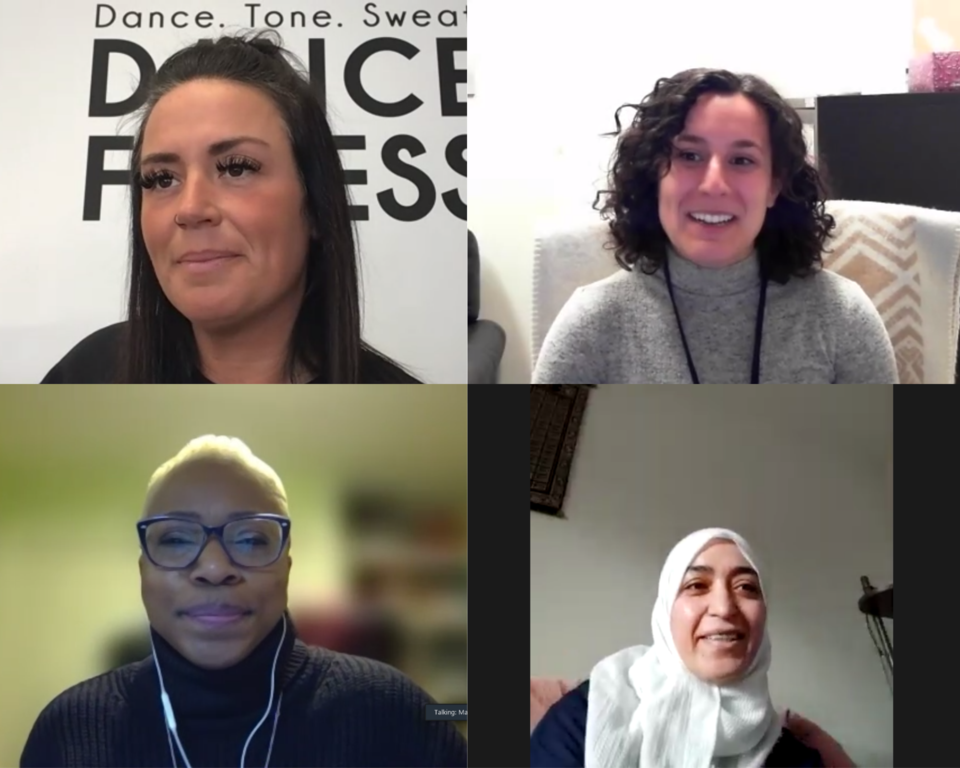 In celebration of International Women’s Day on Mar. 8, the Moose Jaw Multicultural Council (MJMC) hosted a panel of four prominent women in Moose Jaw to share their stories of success with attendees.

Using Zoom, the International Women’s Day Talk event connected attendees with four impressive female figures from the area, with the goal of educating and inspiring the community with their accomplishments.

The theme of this year’s international celebration of women is "Choose to Challenge," meant to encourage women and girls to push back against the gender biases and inequalities that may discourage them from pursuing what they want.

Embracing this theme was the MJMC’s intention, which is why they offered a look at four inspiring women who live and work in Moose Jaw, to set the spark alive.

Here are their stories:

Kyra Klassen is a local entrepreneur in Moose Jaw who operates The Strong Studio, a popular, award-winning fitness studio.

For Klassen, her experience as a female entrepreneur has put her in a role where she has had to push her own boundaries, as both an instructor and a business owner, in an industry that is transitioning away from being very male-dominated.

In developing her studio, Klassen said the biggest challenge for her has been to create an environment where both men and women are comfortable in the same classes. This means challenging pre-conceived ideas about gendered interests in fitness, while still maintaining a space where all clients feel safe.

She said that in terms of the fitness industry, she is seeing a rise in female presence when it comes to trainers, experts and instructors — and it’s something that looks and feels positive to her.

“We [as women] have definitely have earned our place, and even when you go to the big conferences, [it] is 90 per cent women there,” said Klassen. “It’s nice to see that we can teach it all, do it all, for participants too, be comfortable as women and have men in classes too.”

Laura Pollice works at 15 Wing Moose Jaw as a mental performance coach, engaging with student pilots to help them maintain their mental and psychological health during training.

In both her current role at the airbase and her previous involvement in the sports world as an athlete and a sports psychology expert, Pollice said she has often experienced being the only woman in the room or on the bench with a team of men.

Her role, both within the military and the sports world, has also put her in a position where she is actively working on breaking the idea that masculinity equals toughness or an aversion to talking about difficult emotions.

“The biggest challenge is that realm of mental health as a whole, that stigma,” said Pollice. “What I’ve encountered is there’s [not always] that level comfort to feel like it's okay to talk about  what I’m feeling, because in the high-performance sports world or even in the military, [there’s the idea] that you ‘need to be strong.’”

For Pollice, one thing she’s learned from her experience as both a coach and a counsellor that she feels is good advice for women everywhere is to believe in yourself and face challenges head-on.

Martha Mathurin-Moe, originally from the Caribbean island nation of Saint Lucia, first arrived in Canada in 2009 to pursue her graduate degree in educational psychology at the University of Regina.

With a background in learning development and her research focused on topics like inclusive education and international education, she has spent lots of time looking at how the experiences of international students differ when they come to a new country to pursue education.

It has definitely given her a passion for seeing equal education opportunities for women in every country across the globe, she said, because education is such a powerful tool.

For Mathurin-Moe, she said she feels lucky to have had a family that supported her journey into post-secondary education and then onto graduate studies, but she emphasized that not every woman and girl in the world has the same opportunity.

“I would say education is the most powerful tool we have, but it's also important to have access to it, [for] women to progress for themselves,” said Mathurin-Moe. “I think women do still shy away from certain careers, [as well], but it’s so important to take the chance.”

She encouraged women to feel confident enough in themselves to pursue educational and career opportunities, because even though there’s been big strides in seeing women at universities and in career positions, more progress is needed.

Nemat Halool first immigrated to Canada from Syria in 2016, where she settled in Moose Jaw with her family and began interacting with the MJMC as a client.

After settling in the Friendly City, she completed more courses at Saskatchewan Polytechnic and now volunteers as an interpreter and support member with the MJMC. She is also the creator and owner of The Syrian Kitchen, a local cooking and baking business that has been met with enthusiasm at past festivals in the city, like Sidewalk Days.

For Halool, the journey of creating a new home in a new country, paired with the community’s excitement about her budding business, was what encouraged her to take the chance on creating The Syrian Kitchen.

She shared that through her experience as an immigrant woman, there’s a huge value in finding your confidence — whether that means leaning on a support group of friends and family or taking pride in your own personal accomplishments.

“Starting a new life was definitely challenging for us, especially when you are away from family and friends and you want to build new relationships in a new society, but all these challenges are what pushed me to do something new and to share my culture,” said Halool.