Library patrons can once again start borrowing materials from their local Palliser Regional Library branch with the launch of a new no-contact pickup service
Jun 3, 2020 4:00 PM By: Larissa Kurz 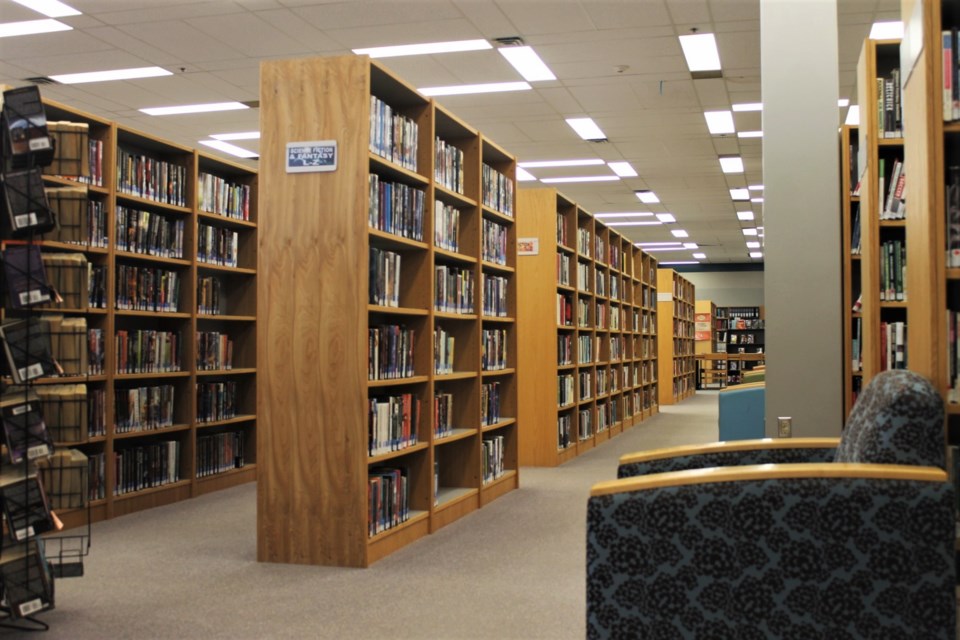 The stacks at the Moose Jaw Public Library, along with all other libraries in the province, will remain empty of patrons for a while yet, even though library materials are once again available to borrow beginning in June.

The Palliser Regional Library system — which includes the Moose Jaw Public Library — is getting ready to be back in the stacks after announcing that it will be resuming material lending services the week of June 15, in a no-contact capacity.

They’re calling it “library takeout,” as the service is going to mirror what restaurants and retail businesses have been doing since the pandemic closed their doors.

Library patrons are now able to request their books, DVDs, or audiobooks of choice and indicate their home branch of the Palliser Regional Library network, and staff will contact them once the material is available so patrons can pick their items up curbside at the branch beginning June 15.

The emphasis is going to be on no-contact, continued Smith, from the beginning to the end of the experience.

Materials have to be ordered online through the Saskatchewan Interlibrary Loan System (SILS), and pickup times will be set up as appointments, where items will be placed outside of library branches in white plastic bags, just before patrons are asked to arrive.

“We won’t have people overlapping each other in order to maintain social distance, enabling the staff to provide touchless delivery,” said Smith.

Also beginning June 15, patrons will be able to drop off their borrowed materials in designated drop-off locations at their local branches.

Additionally, as things move forward, individual branches will also begin taking material requests by phone during a designated time frame each week, which will differ depending on the branch.

“We acknowledge that people don’t all have online access, so we’re also setting up hours where they can phone the branch,” said Smith. “Because they still want their books [too].”

Locally, the MJPL is giving patrons the option of either picking up their materials on foot at the front doors in Crescent Park or by pulling up to the side door of the building and staying in their vehicle while library staff place their materials in the trunk of their vehicle.

For all of the other branches in the Palliser regional network, pickup and drop-off practices will depend on the branch.

Smith assures that there will be plenty of safety precautions in place during the resumption of these modified services, including a short isolation period for all materials travelling around the library system’s interlibrary network. Staff will also be handling materials using sanitary practices to protect both themselves and patrons throughout the process.

Both the Palliser Regional Library here in Moose Jaw and the MJPL are excited to resume services in some capacity, especially as patrons have expressed how much they’ve missed the library.

“It is a giant relief [to do this] because we’ve had constant requests from people [for library books],” said Smith. “It’s just a huge, huge relief.”

Smith noted that the use of the library’s online resources, such as ebooks, has jumped 85 per cent since the pandemic hit, and the recently launched online programming from the MJPL has also been quite popular.

The Palliser Regional Library network — and as such, the city of Moose Jaw — will be the first libraries in the province to resume lending services in this way, with larger cities planning to follow suit in the near future.

“[We’re leading the charge] in more ways than one, because it’s our plan that the province will be using in the other systems,” said Smith.

Resuming lending services in a no-contact capacity is Phase Two of a seven phase re-opening plan laid out in the pandemic response plan from the Palliser library region. Phase One was launching digital programming to fill the gap left by cancelled in-person programming.

The next phase, which has no determined launch date, will be offering individual, in-person appointments for patrons to go into the library with a staff member and pick out materials to borrow.

Library patrons are able to begin requesting materials immediately through SILS, to pick up after June 15. Only materials within the Palliser Regional Library system are available for right now, as the provincial inter-system loan network is still on hold while other library systems work to reopen as well.

Smith encourages patrons to follow their local Palliser Regional Library branch for more specific details about pickup services as more details are released in the next few weeks.