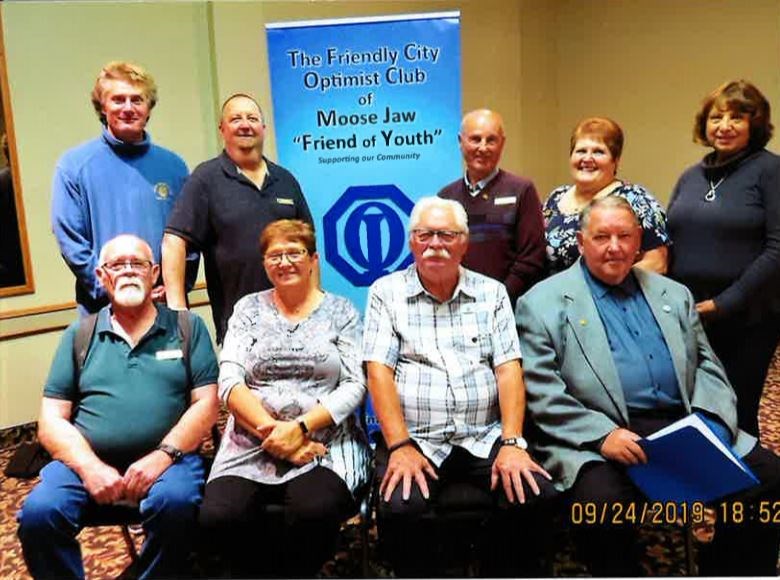 On September 24 the Friendly City Optimist Club installed their new executive officers. The ceremony was done by Gary Cross, past governor, from Regina.

The club continues to be active in the community with their many projects and fundraisers for the youth. The Optimist motto is: Friend of Youth.