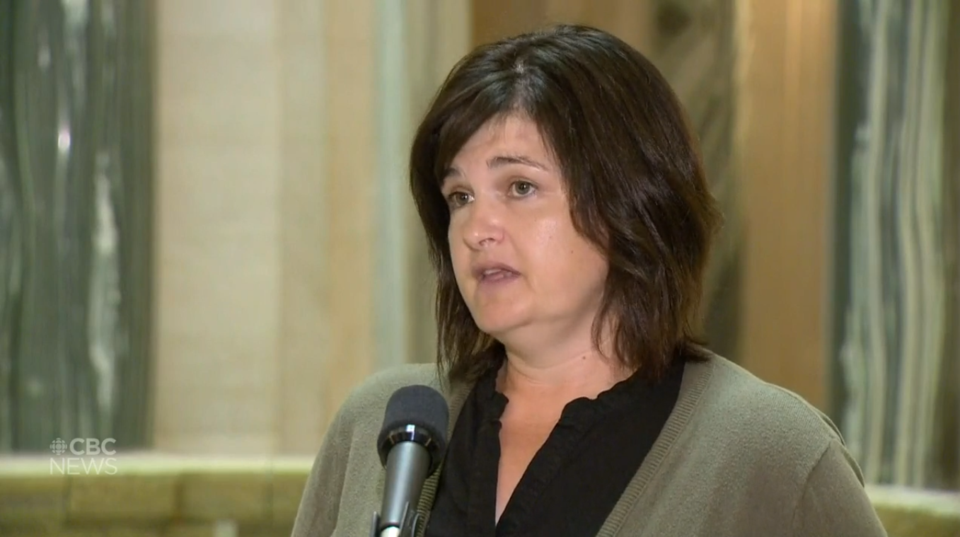 Saskatchewan NDP education critic Carla Beck responded to the provincial government’s announcement of its plan to return students and staff to classrooms this fall, stating her concerns with the safety protocols outlined by the Ministry of Education earlier today.

Deputy premier and education minister Gordon Wyant shared the guidelines laid out by the Saskatchewan Education Response Planning Team and the provincial chief medical health officer Dr. Saqib Shahab, which all 27 school divisions were required to follow in developing their own draft plans for the fall.

“It is the last detailed plan to be delivered in all of Canada and somehow the minster has managed to come up with the worst plan in Canada, despite all of the extra time and ability to learn from the plans of other provinces,” said Beck in an online press conference on Aug. 4.

The provincial plan focuses on returning staff and students to school as close to normal as possible, said Wyant during the earlier press conference, with a focus on reducing physician contact.

A number of changes will be made by each individual school division in the province to do so, including staggered class and break times, increased sanitation of high-touch surfaces, and seating plans on school busses, among others.

At this time, the Ministry of Education is not requiring masks be worn in schools and is not reducing classroom sizes as part of their Level One response, which is the first in a four-level contingency plan in place.

“I think where we can’t maintain social distancing, for students at least age 10 and over, in crowded classrooms, crowded high schools, for sure we should be looking at mandatory masking,” said Beck. “I was very disappointed to hear that there were no thresholds that have been identified with those new phases.”

During the ministry’s press conference, chief medical officer Shahab indicated that the need for masking in classrooms may become more pertinent as classes and activities are forced indoors in the coming months, but that ultimately the requirement for masking protocol will depend on future changes to the province’s active cases.

Beck also expressed disappointment that there has been no indication of additional funding for the education sector, to address concerns like additional bussing supports, costs of sanitation supplies, or funding for staff.

She also criticized the government for failing to clarify more details of the resumption plan from the initial announcement of a developing strategy made earlier in June.

“What I saw today (from the government’s plan), I’m not sure that parents have any additional information to help them make the decision about whether their kids will be safe in the fall or not,” said Beck.

“Parents and teachers were really hanging a lot on this announcement today, hoping to hear some details, and I can’t overstate how frustrated and disappointed I am.”

Beck and the opposition are calling on the Saskatchewan Party for more details to ensure the safety of staff and students, including increased masking, flexible start dates and threshold targets for the phases of the resumption plan.