Motorists could pay for downtown parking with smartphone app by May

City administration has struck a deal with HotSpot Parking to provide a smartphone app that drivers can use when paying for a meter downtown
Apr 12, 2021 8:38 PM By: Jason G. Antonio 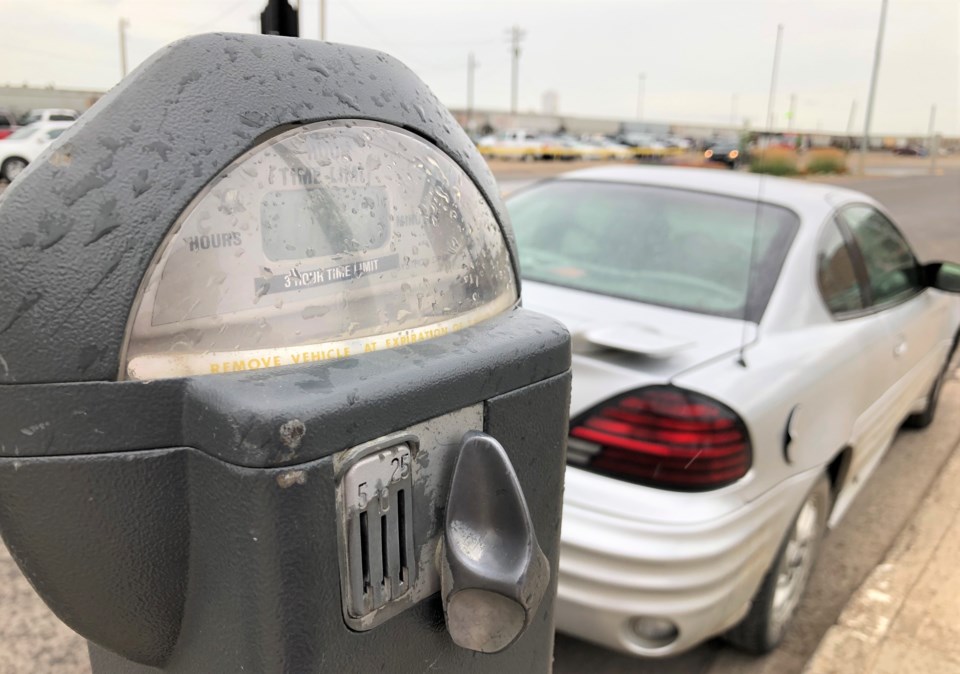 Motorists who don’t have change in their pockets to plug a downtown parking meter and want to pay using their smartphone could do that way as early as this May.

City administration has struck a deal with HotSpot Parking to provide a smartphone app that drivers can use when paying for a meter. The company will install the program in the coming months, while the app could go live on or before May 31, city manager Jim Puffalt said during the April 12 regular city council meeting.

City hall chose HotSpot Parking from 12 other entries because the company has designed and implemented such programs in cities similar in size to Moose Jaw, including several communities in Western Canada, he continued.

Furthermore, there will be no cost to the city for the app; users will have to pay a small fee to use it on top of the parking; the money will be transferred to the municipality weekly; there will be no change to existing parking enforcement; and a feature could allow bus users to pay for transit passes.

Drivers can scan a sticker on the meter and be shown where they are. They can then enter how long they plan to park, up to a maximum of two hours, said Puffalt. This app will benefit tourism, while motorists can still use money to pay for their metered spot if they want.

“We want to make it as easy as possible to use the downtown,” he added.

Coun. Dawn Luhning was thrilled to hear the news about the smartphone parking app. However, she was concerned about how city hall would enforce the two-hour time limit and the options with that, considering some residents work downtown and might plug the meter all day, especially in the winter.

“It’s very seamless with the rules we have,” replied Puffalt. Motorists will receive a notice after two hours reminding them to move their vehicle. If they don’t, bylaw enforcement officers will hand out parking tickets.

Coun. Doug Blanc was concerned about whether motorists would receive a refund if they were at their parking stall for less than they thought. He used the example of someone plugging the meter for two hours and only requiring 45 minutes.

The motorist would not recover that extra money he or she plugged in, Puffalt replied.

The next regular council meeting is Monday, April 26.