When asked whether compensation should reflect the size of the municipality in which officials govern, 53.77 per cent of respondents said no
Jul 3, 2020 3:00 PM By: Jason G. Antonio 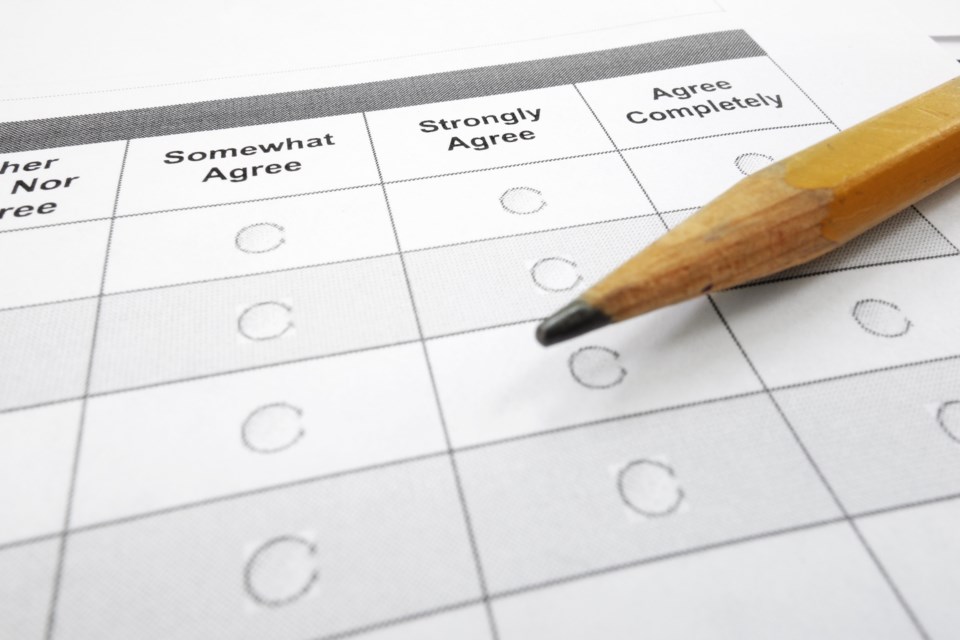 Closeup of a survey questionnaire form and pencil (Stock image)

Professional qualifications, the economy, and how much citizens are taxed are some factors that should determine how much money members of city council should receive, survey results show.

Council appointed a three-member panel in 2019 to officially determine how much the mayor and council should receive after the federal government removed a one-third tax exemption that had been applied to elected officials, thus reducing their take-home pay.

The panel spent nearly a year reviewing what councils and mayors earn in other Saskatchewan cities, acquiring public feedback through a survey, and talking to past Moose Jaw councillors and mayors. The trio — comprised of city clerk/solicitor Myron Gulka-Tiechko, labour union member Brenda Berry, and RBC commercial banker Greg McIntyre — then presented its recommendations during the executive committee meeting on June 29.

The panel’s report included the results of an online survey from Jan. 13, 2020, to which nearly 400 people responded, many of whom were not in favour of a significant increase, Coun. Brian Swanson said. He wondered how the panel accounted for that disapproval compared to the recommendations it presented.

As the panel expected, asking for public feedback led to some comments that were negative “and not necessarily on point,” said McIntyre. The survey became a platform for residents to complain about “potholes.”

“I would say the comments we got from the online survey tended to have a fair amount of noise,” he added.

The first question compared Moose Jaw’s population to five other Saskatchewan cities and how much their mayor and councillors earn, and then asked whether compensation should reflect the size of the municipality in which officials govern.

The second question compared Moose Jaw’s assessed property value with five other cities and then asked whether the municipality’s tax base should be considered when determining compensation packages for its elected officials.

The third question was open-ended and asked respondents if any other factors should be considered when determining remuneration.

Of the 232 people who responded, some answers included:

For this question, there were only four respondents who complained about potholes, infrastructure issues or garbage problems.

Not all complaints about 'potholes'

The fourth question indicated Moose Jaw’s mayor receives $100 per month for a vehicle allowance and asked whether this was sufficient.

Question five noted the provincial government instituted a parental leave policy for politicians and asked whether Moose Jaw should adopt a similar policy for elected officials.

Moose Jaw’s mayor is entitled to the same benefits package as out-of-scope municipal employees and is enrolled in the municipal pension plan while city councillors are not, the sixth question pointed out. The survey asked respondents whether this information should be taken into account when determining pay.

The final question was open-ended and asked whether respondents had any further thoughts or suggestions related to remuneration for local elected officials.

One-hundred-ninety-nine people responded and provided a broad range of answers. Of those responses, only nine focused on infrastructure issues affecting the community. However, those concerns appeared to be well thought out and articulated clearly, contrary to McIntyre’s comment that most complaints were about “potholes.”

The next executive committee is Monday, July 13.