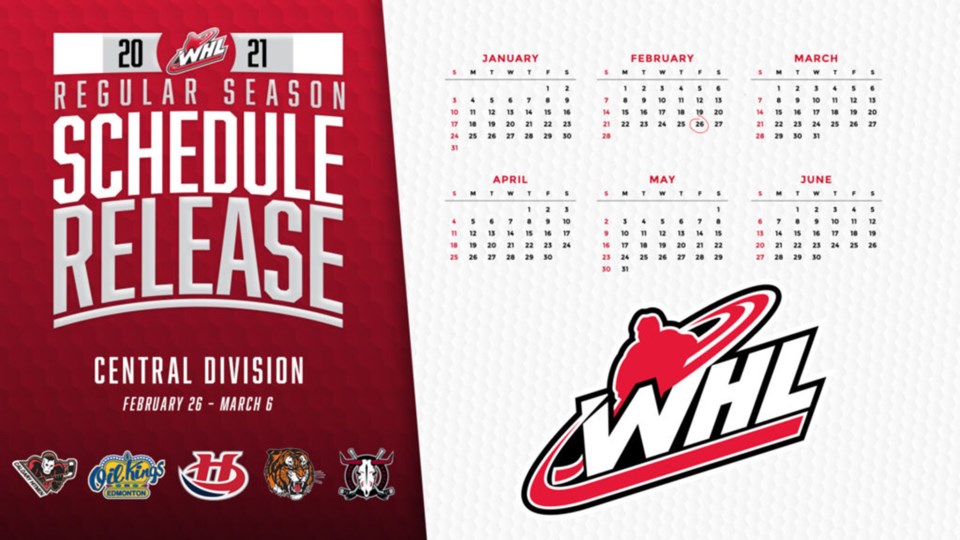 Wiebe, a second-year forward with the Red Deer Rebels, and Peters, a rookie with the Edmonton Oil Kings, are currently preparing for the start of the Western Hockey League’s Central Division season after the return to play was announced in late January.

That meant two weeks of quarantine time prior to heading out to their respective teams and preparing for the first games of the 2021 schedule, which was announced this past weekend.

For the 18-year-old Wiebe and the Rebels, that means opening the season at the Red Deer Centrium on Friday, Feb. 26 against the Medicine Hat Tigers before making the trip to Medicine Hat on Saturday.

Interestingly enough, Wiebe and the Rebels are currently living at the Centrium in order to better mitigate any potential COVID-19 spread. Players are being housed in arena suites and have common areas set up throughout the building, including a basketball court on the concourse.

Wiebe had eight goals and 17 points in 52 games with the Rebels last year to go along with 72 penalty minutes. He’s also one of the few players in the Central to have actual full-speed junior game action under his belt: Wiebe played four games with the SJHL’s Nipawin Hawks prior to the league shutting down, scoring twice and putting up five points.

Peters signed with the Oil Kings back on Jan. 4 after being added to their protected list in September of 2018 following a solid season as a defenceman with the Prairie Hockey Academy.

He played six games this season with the Moose Jaw AAA Warriors before the league shut down in mid-December, putting up five assists.

Edmonton hosts the Lethbridge Hurricanes on Feb. 26 before travelling to Lethbridge on Feb. 27.

The Calgary Hitmen have an opening weekend bye but will play a home-and-home with Red Deer during the Mar. 5 weekend; Medicine Hat and Edmonton will do the same.

The remainder of the Central Division season will be announced in early March.

The U.S. Division -- including Reece Newkirk with the Portland Winterhawks -- begins play on Mar. 19, while the East Division and the Moose Jaw Warriors are set to kick off their 24-game schedule on Mar. 12. No return to play date has been announced for the B.C. Division.